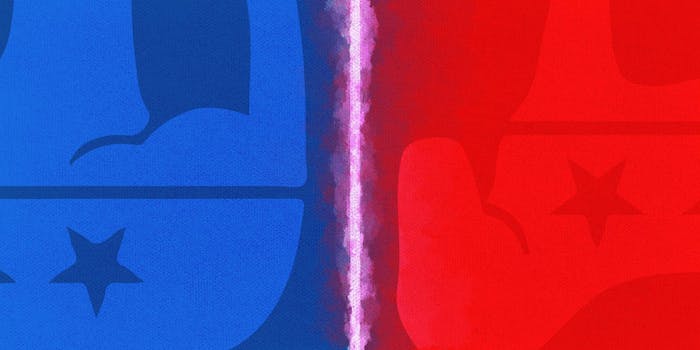 So much about the 2016 presidential election is unprecedented. But perhaps nothing is more unusual than the electorate’s level of dissatisfaction with both major parties’ likely nominees.

An NBC News-SurveyMonkey poll released earlier this week found that, while Democratic front-runner Hillary Clinton maintains her lead in a head-to-head match-up with presumptive Republican nominee Donald Trump, neither candidate is popular with the public at large.

Approximately 60 percent of respondents told pollsters that they either “disliked” or “hated” Clinton, while 63 percent felt the same way about Trump.

Pollster Laura Wronski noted that 23 percent of respondents said they disliked or hated both Trump and Clinton.

“Traditionally a fair number of partisans on either side of the aisle express negative opinions about the other party’s candidate,” NBC News said in its story about the results, “but the latest poll found that a majority of voters express negative feelings about both leading candidates.”

On the political betting market PredictIt, electoral futures traders have collectively given Clinton an 89 percent chance of beating Sanders, whose likelihood of becoming the party’s nominee is only three percentage points higher than that of Vice President Joe Biden, who never even entered the race.

By iQuanti’s own analysis, searches for third-party candidates peaked in March at nearly 16 million and have since dipped to just above 8 million in April. 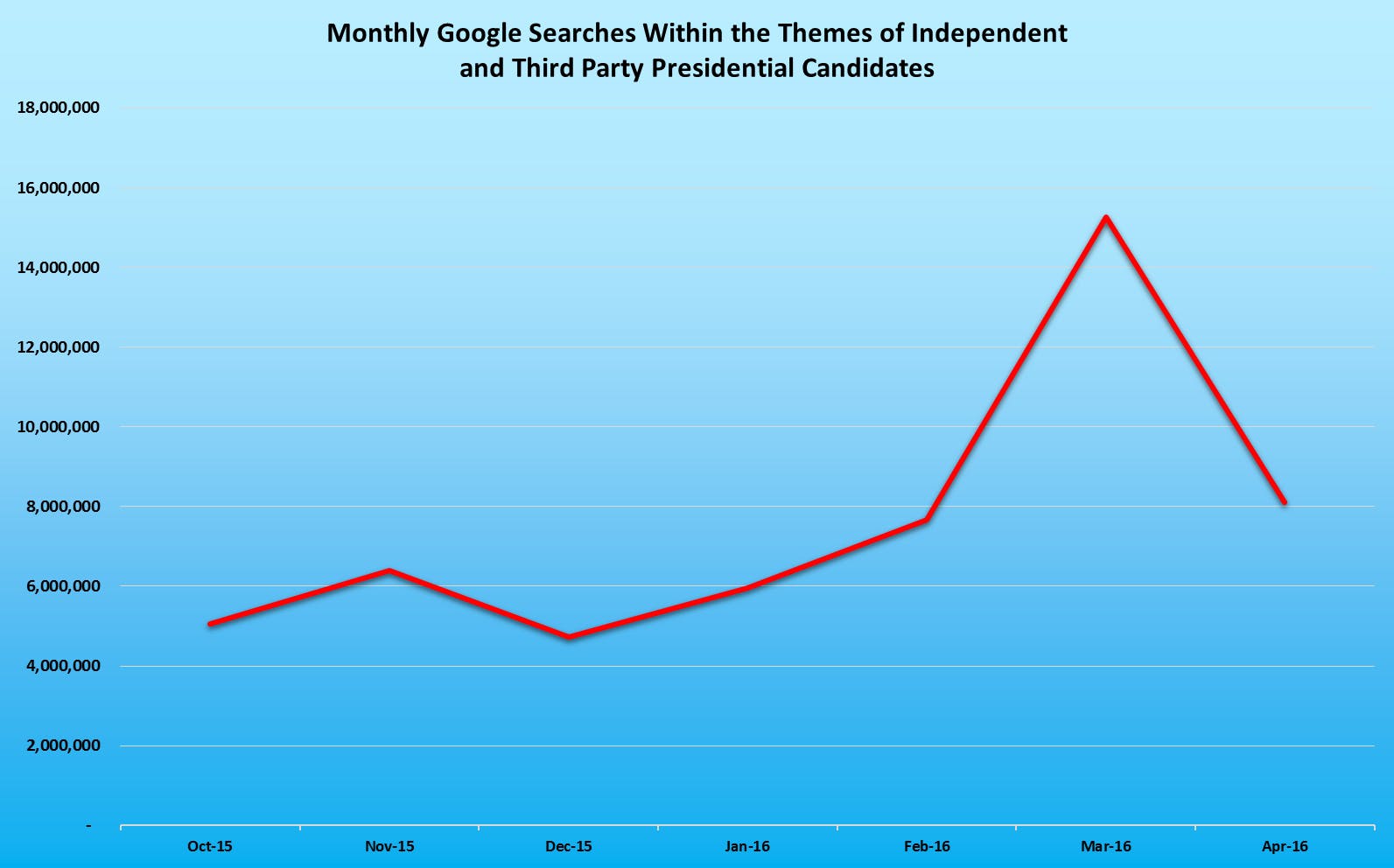 When iQuanti broke down the results by individual candidates, it found that Cyber Party candidate John McAfee, the erratic founder of the eponymous anti-virus firm, received the most attention.

But that interest in McAfee was likely driven by his very public offer to break the security features on an iPhone used by one of the San Bernardino shooters. McAfee eventually admitted in an interview with the Daily Dot that his claims about being able to break into the device were lies intended to draw public attention to the larger threat posed by the FBI‘s demand that Apple help it access the phone. 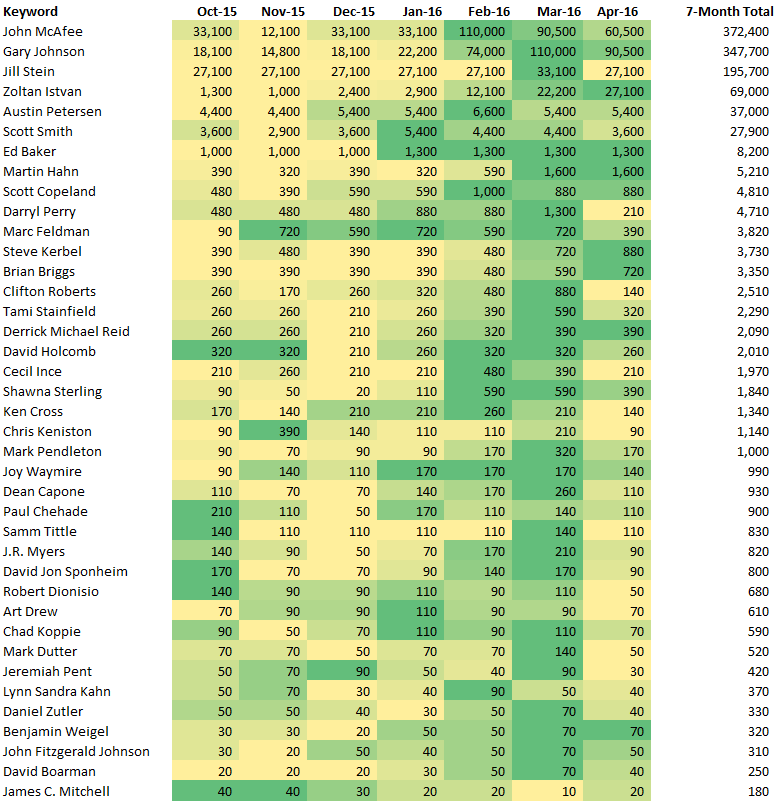 It’s unlikely that curiosity about McAfee will translate into actual electoral support. That may not be true for Johnson, though, and if he wins even a marginal share of the vote in November, it could tip the outcome.

While a third-party run could still technically happen, the U.S. presidential election’s winner-take-all system makes it incredibly difficult for a third-party candidate to win.

When those candidates have mounted serious efforts—like Ralph Nader in 2000 or Ross Perot in 1992 and 1996—they’ve traditionally played the role of a spoiler, pushing that election toward the major-party candidate on the opposite side of the ideological spectrum by siphoning off votes from that person’s opponent.