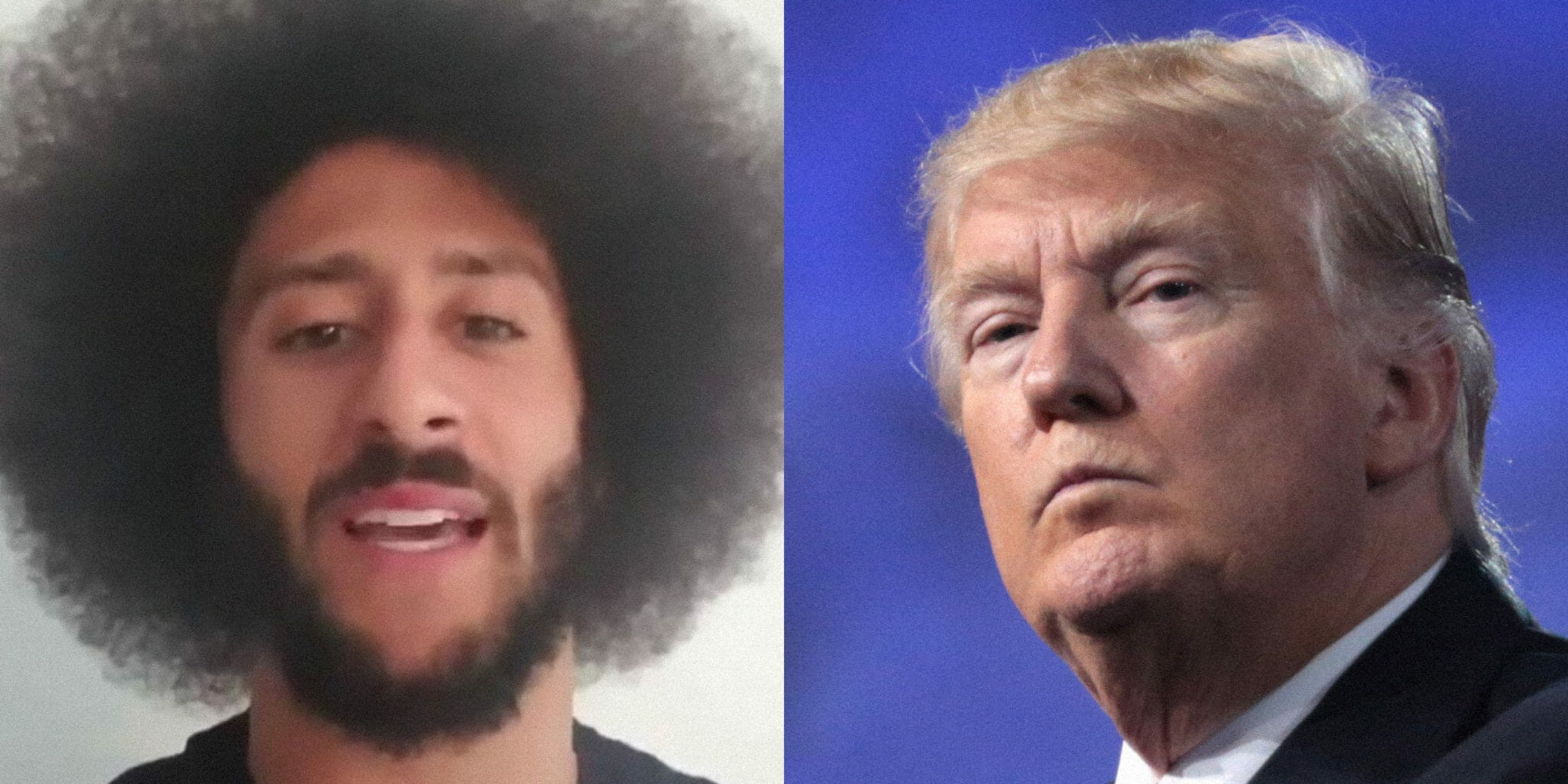 During rally, Trump refers to Colin Kaepernick as a ‘son of a b***h’—here’s how his mom responded

This isn’t the first time Trump has attacked Kaepernick.

While at a campaign rally on Friday night, President Donald Trump set his sights on former NFL quarterback Colin Kaepernick, who protested the U.S. national anthem all of last season and now doesn’t have a job.

While campaigning for Luther Strange, who’s running for senator in Alabama, Trump took a veiled shot at Kaepernick.

… trump taking a veiled shot at colin kaepernick, says owner should say: "get that sonofabitch off the field right now… he's fired!!" pic.twitter.com/ttbOd0VrPG

Why are you even bringing up Kaepernick's name at a political rally in Alabama?

Never mind. I know the answer.

Prediction: Not one NFL owner, not Roger Goodell will say one word about what he said about Kaep or other NFL players. Not. A. One. https://t.co/tBv3Q5FZHp

Might as well call the creators of the Constitution SOBs too.

Just so we're clear, POTUS described the mothers of numerous NFL players as bitches yesterday because their sons protested peacefully…

We will never back down. We no longer can afford to stick to sports. pic.twitter.com/Ec3Bc4qt9h

This isn’t the first time Trump has blasted Kaepernick.

After Kaepernick first began kneeling during the national anthem in August 2016, saying he wasn’t “going to stand up to show pride in a flag for a country that oppresses black people and people of color,” Trump responded this way.

“I think it’s a terrible thing, and you know, maybe he should find a country that works better for him,” Trump said. “Let him try, it’s not gonna happen.”

Here’s how Kaepernick’s mom responded on Friday night, though. She showed her pride for her son—who is nearly at the end of a process in which he’s donating $1 million to various charities—and maybe made you laugh with this tweet.

Guess that makes me a proud bitch!

Update 8:19am CT: On Saturday morning, the NFL released a statement calling Trump’s words divisive and defending the league’s players.