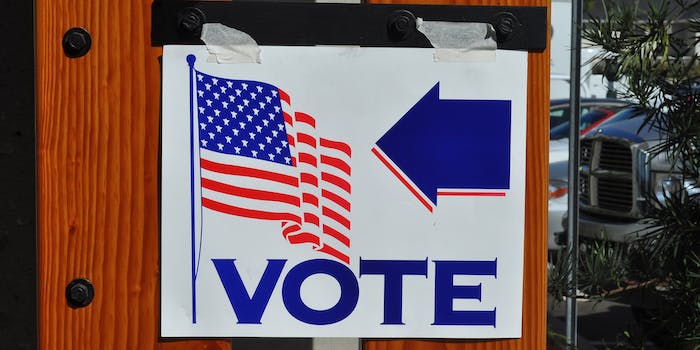 Donald Trump refused to say he would accept the election results as legitimate during the final presidential debate on Wednesday night.

Fox News host and debate moderator Chris Wallace pointedly asked the Republican nominee if he would concede the election to Clinton if he loses the vote:

“There is a tradition in this country, in fact one of the primes of this country is the peaceful transition of power. And that no matter how hard fought a campaign is, that at the end of the campaign, that the loser concedes to the winner. Not saying that you’re necessarily going to be the loser or the winner. But that the loser concedes to the winner, and that the country comes together in part for the good of the country. Are you saying you’re not prepared now to commit to that principle?”

“What I’m saying is, I’ll tell you at the time,” Trump responded. “I’ll keep you in suspense, OK?”

Wallace’s question was in response to Trump’s recent repeated assertions that the election is being rigged against him. Trump ramped up these “rigged” claims after the appearance of an 11-year old tape showing him bragging about how his wealth and fame allowed him to sexually assault women with impunity triggered his free-fall in the polls.

“Let me respond to that, because that’s horrifying,” interjected Trump’s Democratic rival, former Secretary of State Hillary Clinton, immediately after Trump’s suggestion that he might contest the outcome of the election if it didn’t fall his way.

“Every time Donald thinks things are not going in his direction, he claims whatever it is is rigged against him,” Clinton charged. “The FBI conducted a year-long investigation into my emails. They concluded there was no case. He said the FBI was rigged.

“He lost the Iowa caucus. He lost the Wisconsin primary. He said the Republican primary was rigged against him. Then Trump University gets sued for fraud and racketeering,” she continued. “He claims the court system and the federal judge is rigged against him. There was even a time when he didn’t get an Emmy for his TV program three years in a row and he started tweeting that the Emmys were rigged.”

Trump’s response: “Should have gotten it.”

Following the debate, Reince Priebus, chairman of the Republican National Committee, reportedly said Trump will honor the results of the election.

So, buckle up, America. Nov. 9 could be interesting.