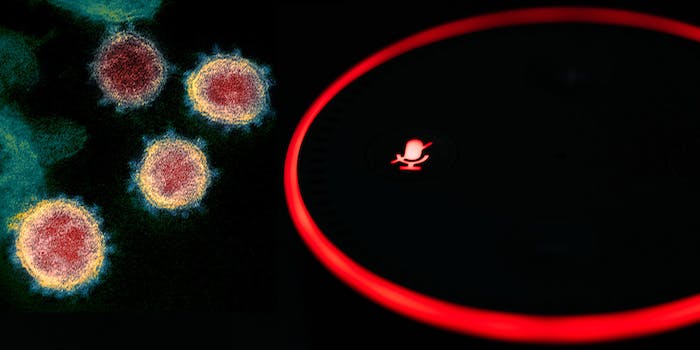 ‘Alexa, help me’: Coronavirus victim begged her Echo for help before dying

'Can you help me cope with pain?'

An elderly woman in Michigan who died after testing positive for the coronavirus spent days begging her smart home assistant for help.

LouAnn Dagen, a 66-year-old nursing home resident, pleaded with the Amazon Echo Show device as she struggled to cope with the disease.

Revealed to local NBC affiliate WFLA by the victim’s sister, Penny Dagen, the recordings detail the senior citizen’s repeated complaints regarding the pain the virus was causing.

“I am in pain,” Dagen says in one recording. “I have to find a way to relieve it.”

Dagen had been living at the Metron nursing home, now known as Mission Point, for the past 10 years after suffering a stroke. She also struggled with diabetes and hypertension.

The 66-year-old was just one of 31 residents and five staff members who tested positive for COVID-19. Despite experiencing shortness of breath, Dagen wasn’t initially sent to the hospital as her temperature was not found to be elevated.

“Can you help me cope with pain?” another recording from the Echo said. “Alexa, help me. … Oh, Alexa, I’m going to hurt.”

Dagen even went as far as to ask the device “How do I get to the police?” The Echo responded by giving her directions to a nearby police station.

The woman was eventually put on a saline solution after she began complaining about being thirsty. Just two days later, her oxygen level and blood pressure dropped, ultimately leading the nursing home to call 911.

Despite being alert in the ambulance, Dagen began convulsing once she arrived at the hospital. Doctors immediately put the woman on a respirator and called her sister LouAnn, who stated that Dagen would not have wanted to be resuscitated.

“It’s good to know she’s not in pain anymore, but I still miss her,” LouAnn said. “She’s up in heaven now, so she’s pain-free, and she’s walking… with my mom and my dad, so I have to be happy for her.”

It currently remains unknown whether the nursing home, which has not commented on the incident, was aware of Dagen’s pain.