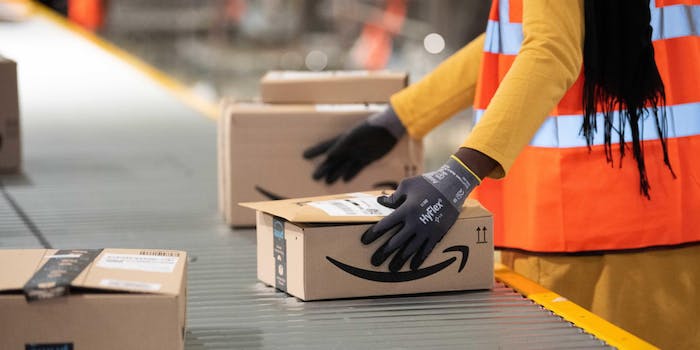 The employees walked out because they wanted the facility sanitized before they returned to work.

Amazon has fired an employee who helped push for a strike at a warehouse in Staten Island, New York yesterday over what they claimed was the retail giant’s insufficient response to the coronavirus emergency.

Chris Smalls, a fulfillment center employee, helped put together the strike on Monday. He told several news outlets the employees who went on strike wanted the warehouse in New York to be sanitized before they returned to work after an employee there tested positive for coronavirus.

Smalls said he knew of other people in the warehouse who also tested positive. He had been asked to self-quarantine after working with someone who tested positive, according to the New York Post.

Amazon defended itself against the claims.

Bloomberg News reported late Monday that Smalls was fired. He told the news outlet: “Taking action cost me my job … Because I tried to stand up for something that’s right, the company decided to retaliate against me.”

Amazon told CNBC that Smalls was fired and received “several warnings” for violating social distancing guidelines. By coming to the warehouse on Monday, he was “further putting the teams at risk” and was subsequently fired, the retail giant told the news outlet.

New York Attorney General Letitia James called Smalls’s firing “disgraceful” and added that her office was “considering all legal options” and was calling for the National Labor Relations Board to investigate.

“At the height of a global pandemic, Chris Smalls and his colleagues publicly protested the lack of precautions that Amazon was taking to protect them from COVID-19,” James said in a statement released Monday. “Today, Chris Smalls was fired. In New York, the right to organize is codified into law, and any retaliatory action by management related thereto is strictly prohibited. At a time when so many New Yorkers are struggling and are deeply concerned about their safety, this action was also immoral and inhumane.”