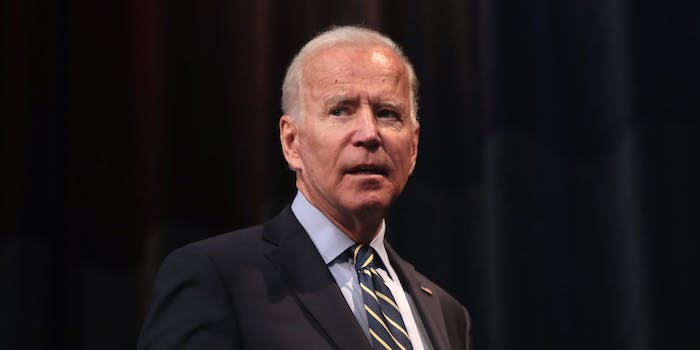 There's no such as thing as the right amount of coverage of Biden's foot injury.

Over the weekend, President-elect Joe Biden suffered hairline fractures in his foot after slipping while playing with one of the family dogs.

To hear the relatively mundane story told in conservative circles, the injury is the story of the year. Or it shouldn’t be covered at all. Or it’s a giant conspiracy.

It’s all very confusing for the far-right.

Far-right troll Jack Posobiec of the truth-challenged OANN has one foot in two schools of thought about the injury. He believes the media helped Biden cover it up, and also they should dedicate 24 hours of wall-to-wall coverage to it.

“Did anyone in the media even ask Biden’s new *all-star* comms team why he needed a CT scan if it was just a sprained ankle?” Posobiec tweeted breathlessly. (Physicians often perform CT scans to ascertain bone injuries, particularly in the foot.)

Posobiec will only be satisfied when the hairline fracture is treated with the same urgency as President Donald Trump’s COVID-19 test.

But to hear right-wing wunderkind Charlie Kirk of Turning Point USA tell it, the media is overblowing the foot story when they should really be focusing on the baseless claims of voter fraud Trump is attempting to use to overturn the election results.

“The activist media has spent more time covering Joe Biden’s broken foot than the credible allegations of voter fraud in the 2020 election,” Kirk tweeted. “That tells you everything you need to know about ‘journalism’ today.”

For their part, liberals mostly wished Biden a speedy recovery or made jokes that the injury was caused by “the serious ass-kicking he gave Trump in November,” as George Takei put it. Some brought up Trump’s still-mysterious surprise trip to Walter Reed Medical Center last November, for which he reportedly made his physicians sign non-disclosure agreements.

Conservatives, meanwhile, continued tossing about conspiracy theories and offering contradictory recommendations as to how much coverage Biden’s broken foot warranted.

As ever, the QAnon crowd had the most bizarre conspiracy theory of all—that Biden’s walking boot is covering up a tracking device because he’s secretly been arrested.

Overall, the right-wing reaction to Biden’s injury is best described as one of cognitive dissonance.

“The ‘broken foot’ has diverted attention. As they wished it would,” declared one of Kirk’s followers.

“Apparently Joe Biden hurting his foot is mainstream news, but Hunter Biden’s laptop and accusations of voter fraud are not,” chided a pro-Brexit account.

Biden will reportedly wear a walking boot for several weeks.