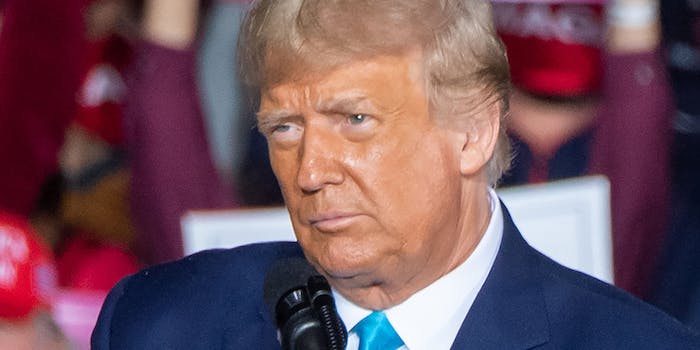 In presidential elections, the media’s coined a phrase for anything that happens late in the game that changes a race’s calculus. It’s known as an “October Surprise.”

In 2016, we were rife with them. A portion of an old tax return of Trump’s dropped at the beginning of the month, and later on, the Access Hollywood tape blew up right before a debate.

This month’s surprise? In the early hours of Oct. 2, President Donald Trump announced he’d been diagnosed with COVID-19.

As America is still smack in the middle of a deadly pandemic, everyone was sure it will change the calculus of the race. Just… no one knows how.

But one Twitter user dropped this salient prediction back in September of how Trump could play it if it happened.

“Trump’s October surprise,” wrote John Cammo, “will be the announcement of “his infection.” Fake, but quite dramatic. This twist will blow Biden off the screens, the “Trump COVID watch” dominating every minute of every day. Then, 14 days later, Trump will emerge, 100% cured by hydroxychloroquine.”

Others had similar ideas, all coming in the wake of Trump holding maskless rallies and events in several coronavirus hotspots.

Given Trump’s disdain of every CDC protocol issued for the virus, it’s not that big a prediction to have made, but nonetheless, these users can take pride in having called it.