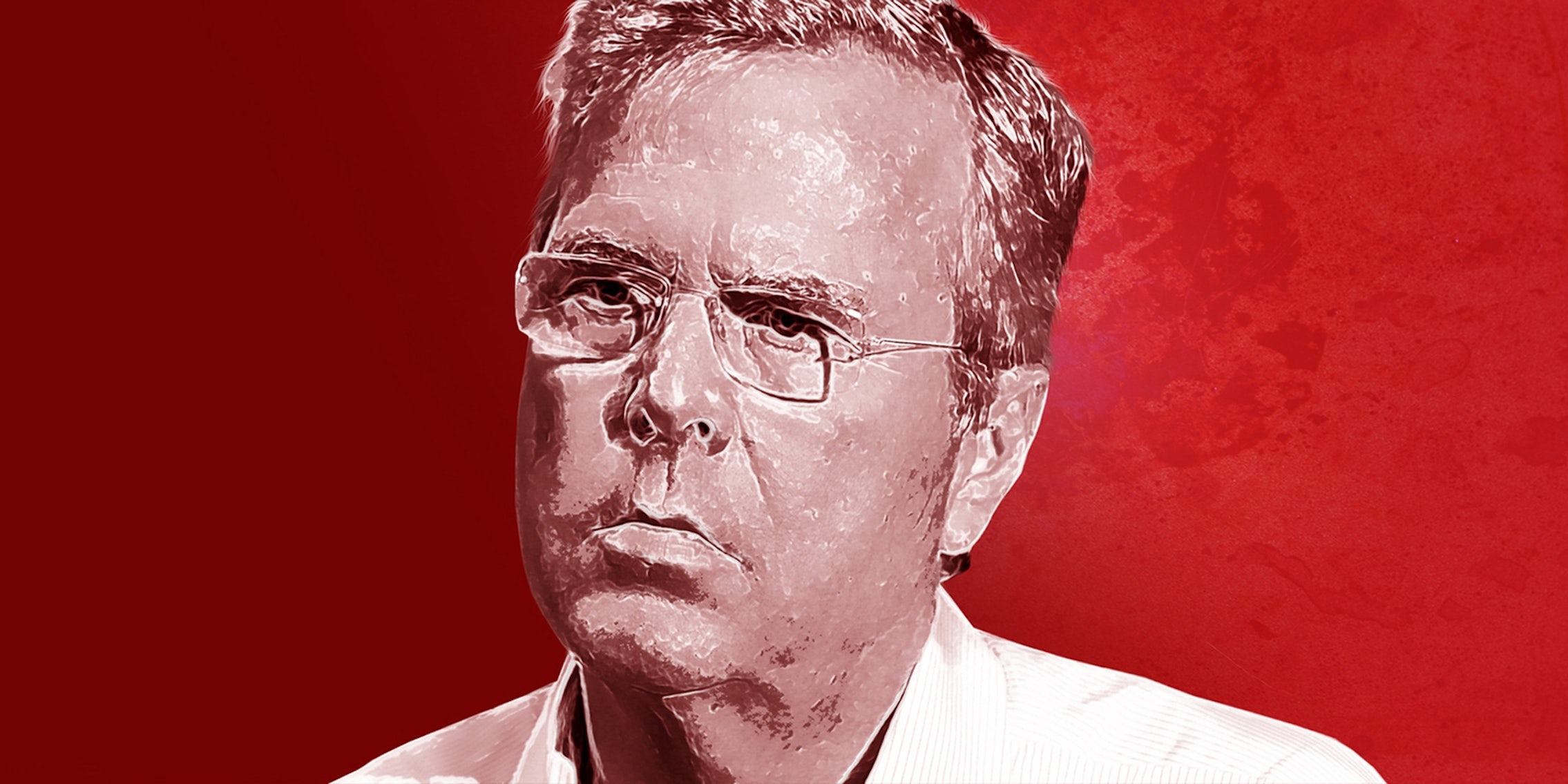 You wouldn’t expect Republican presidential candidates to be falling all over themselves for guest spots on The Late Show with Stephen Colbert. Prior to his recent network TV debut, Colbert spent nearly a decade skewing conservatives as a satirical right-wing blowhard on Comedy Central’s The Colbert Report. Aside from mentor Jon Stewart, Colbert was television’s loudest voice for unabashedly progressive politics.

And yet as soon as he popped over to CBS, Colbert has managed to book some of the leading lights of the 2016 GOP presidential field. The inaugural episode of his show featured former Florida Gov. Jeb Bush. In the coming weeks, Texas Sen. Ted Cruz and Donald Trump will both be making appearances.

Republicans aren’t the only politicos going on Colbert—Vice President Joe Biden made an emotional appearance last week when he spoke movingly about the recent death of his son, Beau. Even though Colbert has indicated his new gig won’t be as pointedly partisan as his previous one, he’s still the same guy who once mercilessly roasted President George W. Bush—to the president’s face, no less—about the Iraq War during the 2006 White House Correspondents Dinner.

So, if you’re a Republican, why do Colbert?

According to data compiled by social media analytics and visualization firm Wayin, going on talk shows like Colbert—especially programs whose cores are largely apolitical, and therefore likely to focus on humanizing guests—are among the best ways candidates can shift the narrative in their favor.

For the past couple months Wayin has been tracking all of conversations about leading presidential candidates on social media and algorithmically sorting them into buckets based on their overall sentiment analysis: Is a given tweet about Trump positive, negative, or neutral?

Wayin found that, for most candidates, the proportion of positive tweets comprised of their total number of mentions typically hovered somewhere in the neighborhood of just more than 30 percent. Whether this relatively low figure says more about the quality of America’s politicians or Twitter’s ability to bring out the grumpy complainer in the majority of its users is up for debate.

Nevertheless, there are significant outliers. For example, there are the moments like when America watched Hillary Clinton dance both the whip and the nae nae on The Ellen DeGeneres Show.

Prior to awkwardly shaking it on daytime TV, only 38 percent of the total number of tweets about Clinton were positive.

In the hours after her appearance, that number jumped 20 points to 58 percent positive.

That effect also holds for Republicans, even when they go on shows hosted by liberals. When he appeared on the debut episode of The Late Show with Stephen Colbert, Bush received a similar bump in positive sentiment. Prior to his appearance, 34 percent of conversations about Bush were positive.

Afterward, that number jumped to 48 percent:

Wayin Vice President Jordan Slabaugh noted that the company typically sees a shift in the conversation around any presidential candidate whenever one appears on TV. But the swings experienced by both Bush and Clinton were larger and more uniformly positive than typical appearances on debates or political chat shows.

“These candidates are trying to communicate an authentic and personal message about themselves [on shows like Ellen or Colbert] so they connect with them as a person, not just a politician,” Slabaugh explained. “That authentic advertising of their campaign, we’re seeing across the board, when they go out and show their human side, we see a five to ten, if not bigger, point swing in positive sentiment.”

In contrast, during the first GOP presidential primary debate last month, most debate participants received a modest bump. The exceptions were former Hewlett-Packard CEO Carly Fiorina, whose strong performance netted her a 24-point positive spike, and Trump, who faced a 10-percentage negative headwind for a few days trailing the event.

It isn’t just that talk shows with an inherent bias toward focusing on the personal generally result in better social media buzz for candidates. It’s also that solo framework of these interviews means an improvement relative to other candidates. A candidate may get a bounce following the debate, but everyone else on that stage is likely also getting a similar bounce. Not so much during a one-on-one talk show.

“During the debates, more eyes are on those occasions and opportunities, but they’re few and far between,” Slabaugh said. “It can be really hard to pull through messages in that personal connection that these politicians know they need to make.”

The caveat here is that tweets don’t necessarily equal votes. One person sending 100 tweets praising Clinton’s nae nae still only has one vote. Yet, there is some evidence that social media sentiment analysis can be a strong proxy for overall public sentiment toward a given political candidate.

In the meantime, we can expect more political candidates clamoring for the opportunity to get their groove on during daytime TV. How is Scott Walker’s stanky leg? We’ll probably find out soon enough.