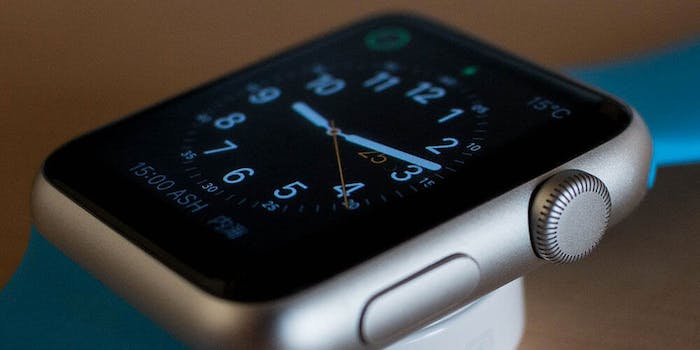 A cardiologist in New York is suing tech giant Apple over one of the heart monitoring features used in its watches.

Dr. Joseph Wiesel, a teacher at the New York University School of Medicine, claims in a lawsuit filed Friday that Apple is infringing on his patented method for detecting atrial fibrillation.

The condition is characterized by a fluttery heartbeat that increases the risk of both stroke and heart disease.

Wiesel says that he first contacted Apple in late 2017 to inform it of his patent, which details his method of monitoring “irregular pulse rhythms from a succession of time intervals.”

Despite informing the company, Wiesel says that Apple has “refused to negotiate in good faith.”

The cardiologist is now hoping that a court will agree that Apple should pay him royalties. If not, Wiesel wants Apple to be banned from using his method altogether unless he grants permission.

Apple, which isn’t known to comment on situations involving lawsuits, has not released a statement regarding Wiesel’s claims.

Irregular heartbeats are just one of the health problems wearables such as the Apple Watch are able to detect.

A study in 2017 found that the Apple Watch can detect sleep apnea with 90% accuracy and hypertension with 82% accuracy.

Another study the following year also showed promising results for using the Watch to detect diabetes.

A 2018 story even showed that some wearers have begun using Apple’s heart monitoring feature while under the influence of illegal narcotics such as cocaine.