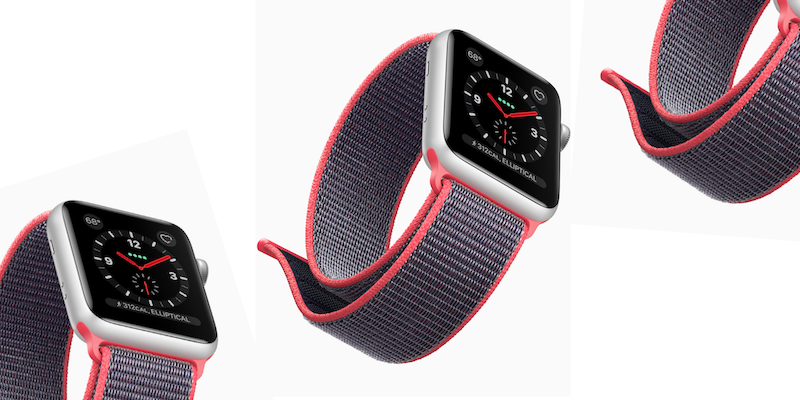 And it only used heart rate and step count to do so.

Thanks to its numerous built-in sensors and the ResearchKit platform, the Apple Watch is increasingly proving to be a good diagnostic tool for various health conditions. In one of the latest studies exposing this, health startup Cardiogram and the University of California San Francisco discovered that the Watch could help accurately detect both sleep apnea and hypertension.

In the study, 6,115 participants used the Cardiogram app and their Apple Watch to monitor their vital stats. Cardiogram then trained a deep learning network called DeepHeart on 70 percent of participants and tested it out on the other 30 percent. DeepHeart used data from the Apple Watch’s heart rate monitor and accelerometer. Once trained, DeepHeart was able to detect sleep apnea with a 90 percent accuracy and hypertension with 82 percent accuracy.

The study authors wrote that the algorithm could offer a “surprisingly good prediction of hypertension and sleep apnea given that its only inputs are heart rate and step count.”

Sleep apnea, according to the National Institute of Health, is a common disorder in which you have pauses in breathing or shallow breathing during sleep. These pauses can last for a few seconds for a few minutes, and can happen up to 30 times per hour. It often goes undiagnosed and is a leading cause of daytime sleepiness. In more serious cases, it can also lead to death. Hypertension, meanwhile, is high blood pressure; for extended periods, it can lead to serious health issues.

Earlier this year, another study conducted by UCSF and Cardiogram successfully detected abnormal heart rhythm (arrhythmia) in Apple Watch wearers. In this case, the algorithm was able to detect arrhythmia in study participants with 97 percent accuracy.

These studies show that the Apple Watch, paired with the right software, can be an incredibly helpful, powerful, and accurate health diagnostic tool. If these algorithms or apps are one day built into the Apple Watch, it could very well catch early signs of serious health conditions so wearers can get treatment before they turn life-threatening. It could very well be the first consumer tech product that actively saves lives—and that’s pretty darn exciting.

However, that will take some time—if it ever happens. First, future studies will have to verify and confirm UCSF and Cardiogram’s results. Then, the Apple Watch will need approval from the FDA for the smartwatch, or certain software onboard the device, to be regarded as a medical grade device. It’s not impossible, though.