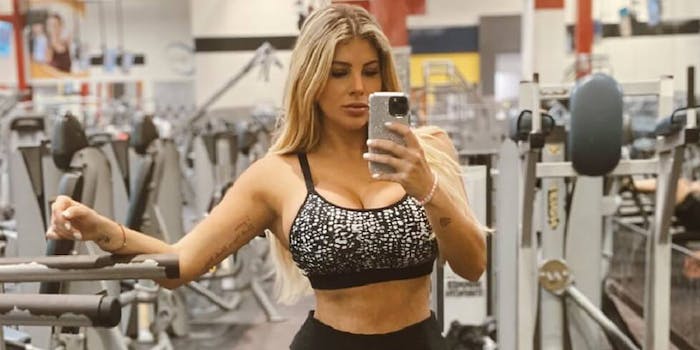 Neyleen Ashley discovered her boyfriend of three years had another girlfriend.

A butt selfie sent to an Apple Watch exposed an Instagram model’s cheating boyfriend, according to the New York Post.

Neyleen Ashley, who has more than 1.6 million followers on Instagram, started out in a long-distance relationship with an unnamed man. They were together for three years and had recently moved in together.

Even though Ashley saw “red flags,” she did not think her ex, who she described to the Post as “a normal man from a small town,” would cheat on her. She figured he would instead “be in awe of” her.

“But he treated me like I was anyone else,” Ashley told the newspaper.

It was only after he moved in with the 30-year-old that she discovered he was cheating on her.

“One day I was home and he was washing his truck outside,” Ashley said, according to the Post. “I saw his Apple Watch going off buzzing and buzzing and buzzing. I got curious because I saw a small square that looked like a picture of a girl’s butt in underwear and I opened it.”

Through looking at the messages, she discovered he had a girlfriend. He was also allegedly having an affair with other women and his ex and had been seeing prostitutes multiple times a week.

“[He] wouldn’t even talk to me on my birthday or post anything because he didn’t want his other girlfriend to see,” Ashley said.

They broke up after she confronted him, and Ashley seems to be moving on pretty well.