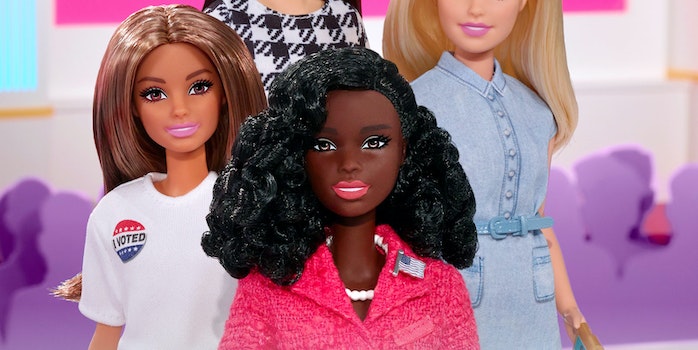 'Missing a lot of caffeine, Zantac and visible regret in the campaign staff here.'

The makers of Barbie have rolled out a new line: Barbie Campaign Team.