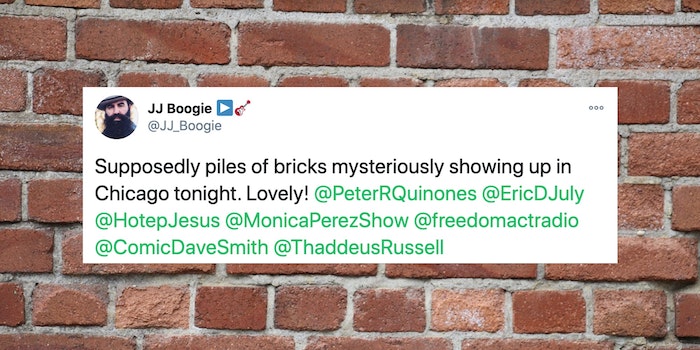 It turns out there's a simple explanation for the bricks.

A popular conspiracy theory alleging that piles of bricks are being left outside of businesses across the U.S. has returned for Election Day, but a quick glance at the claims proves it to be as easily debunked as before.