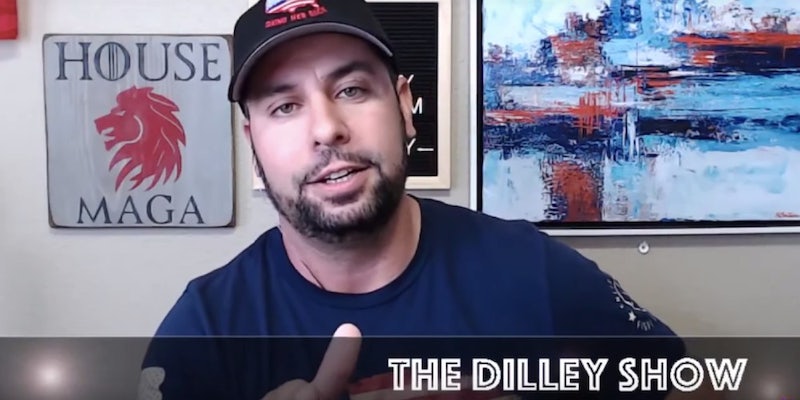 Dilley was spreading misinformation about the El Paso shooting.

Right-wing conspiracy theorist Brenden Dilley was suspended from Twitter for spreading misinformation in the aftermath of the El Paso mass shooting, in which 20 people died and 24 others were injured.

Dilley is a well-known supporter of QAnon, a pro-Trump, right-wing conspiracy theory. After the shooting on Saturday, Dilley tweeted that law enforcement believed the shooter was a part of antifa, which was a myth being spread among the alt-right in the aftermath of the shooting.

Dilley also tweeted that local law enforcement and the Department of Homeland Security were looking for “shooting teams” in nearby cities. He added that the shooting was not random, but that many shooters premeditated the attack.

None of his tweets were true, of course, but they were shared over a thousand times.

Many Twitter users have said that they appreciate Twitter removing him for causing widespread fear after the El Paso tragedy.

Brenden Dilley's Twitter account was suspended…for having drunk too much Qool-Aidnon over the legal limit. One drop is one too many. #ElPaso #QAnonIsATerrorThreat

I was reporting every account I found spreading this stuff…

QAnon started in 2012 on 4chan, an imageboard website that people typically post on anonymously. Under the pseudonym “Q,” someone began posting pro-President Donald Trump conspiracy theories, claiming they were a government insider. Now, there are many QAnon followers that post conspiracy theories to Twitter and other social media networks.