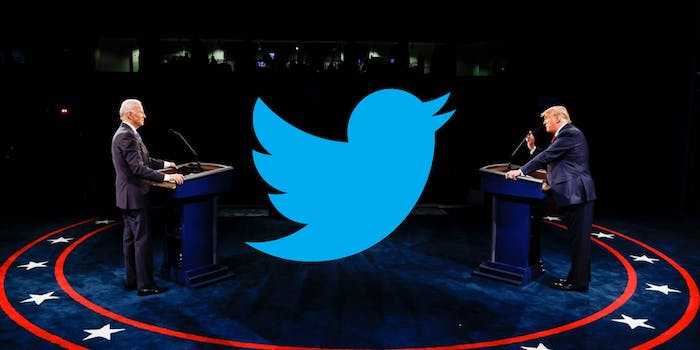 The digital director for Biden has threatened to release emails from Twitter over the dispute.

President-elect Joe Biden’s transition team is claiming that Twitter plans to remove all followers from official presidential accounts before being handed over from President Donald Trump.

Rob Flaherty, the digital director for Biden, alleged in a tweet on Tuesday that accounts such as @POTUS and @WhiteHouse, which are currently run by the Trump administration, will have their follower counts brought down to zero once Biden takes them over.

Flaherty stated that despite Trump inheriting all the followers accrued by former President Barack Obama on the accounts, the Biden administration is being forced to start from scratch.

“In 2016, the Trump admin absorbed all of President Obama’s Twitter followers on @POTUS and @WhiteHouse — at Team 44’s urging,” Flaherty said. “In 2020, Twitter has informed us that as of right now the Biden administration will have to start from zero.”

The issue was first reported on Tuesday by the Wall Street Journal, which noted that Twitter has been engaged in ongoing discussions with the Biden transition team.

Although the report states that a “sticking point” arose in a meeting last week over “whether the millions of followers from the official accounts will transfer to the Biden team,” Flaherty says they were outright told that their follower counts would start at zero.

Flaherty even went as far as to tag Twitter spokesman Nick Pacilio before threatening to “share the email thread where we pushed back and we were told this was unequivocal.”

Pacilio responded by arguing that such a move would be unnecessary given that he was already aware of what was said during the exchange.

“Hey Rob, no need I’m familiar with it!” Pacilio said.

The Daily Dot reached out to Twitter to inquire about the allegations by Flaherty but was only referenced to Pacilio’s already-public statements on the matter.

It remains unclear exactly why Twitter appears to be altering its policies for the incoming administration, although the Wall Street Journal states that the platform ran into “technical glitches as well as complaints from some Twitter users” about the transfer from Obama to Trump.