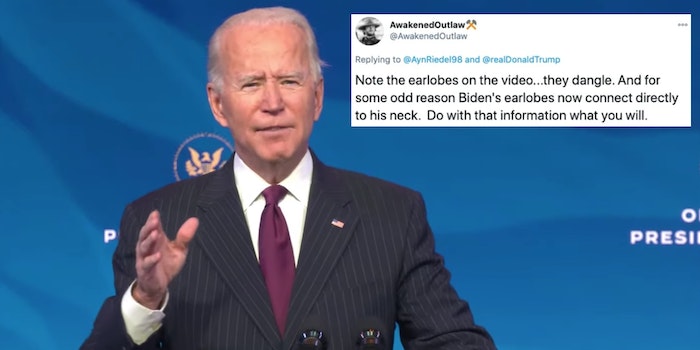 'The other Joe Biden has an earlobe that is straight.'

Conspiracy theorists are convinced that President-elect Joe Biden has been using a body double during certain public events.