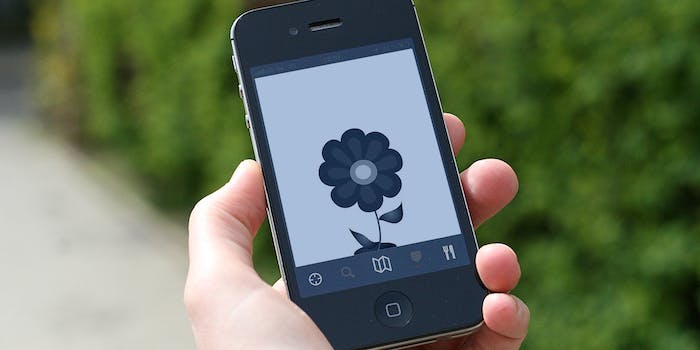 The 4 best apps to track your period

A new wave of period apps can help women spot trends in their biology.

Tracking your menstrual cycle with an app isn’t just a way to keep from being blindsided by an unexpected visit from Aunt Flo. A new wave of period apps is devoid of pink and filled with metrics about your body. Women can pinpoint when they ovulate and days they’re likely to have PMS. Some apps track dozens of associated factors like energy levels, sleep, appetite, temperature, and even your period’s effect on your hair.

For women who need to track their periods anyway, such as those hoping to conceive or younger women with irregular periods, an app can make life much easier. For everyone else, documenting your cycle is likely to come in handy at the doctor’s office, especially if a frightening issue crops up. As we all know, periods can be tricky things. 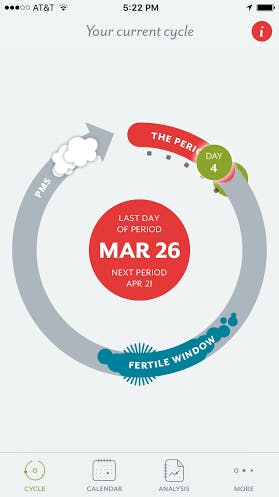 The German-made Clue is perhaps the gold standard of period apps. The blessedly non-pink and data-centric app has over 2.5 million users worldwide. The app has 31 tracking categories and allows women to go into as little or as much detail about each specific day of their period. Women are encouraged to record duration of sleep, details on their flow and cervical discharge, and even note any hair loss. Are you feeling stressed? Less energetic than usual? Clue allows you to record mood and energy levels as well. Over a long period of time, women can view trends in how their body reacts to their periods.

Clue’s strong suit is its many data visualizations. If your goal is to get a historical overview of how your period effects your biology, you’ll find Clue’s Analysis section to be incredibly useful. 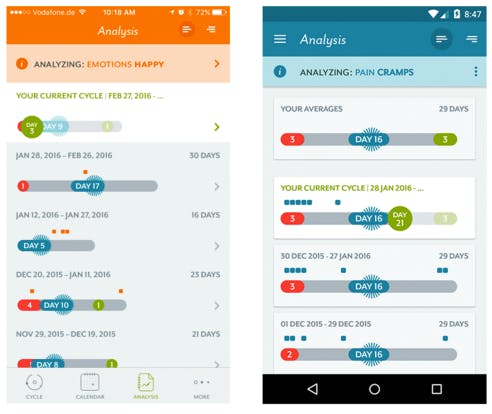 The New York Times reported that teenage users were likely to give more accurate and detailed descriptions through the app than to their doctors.

Clue will also remind you before your next period, your next fertility window, and the days you’re likely to get pregnant.

Clue is available for iOS and Android. 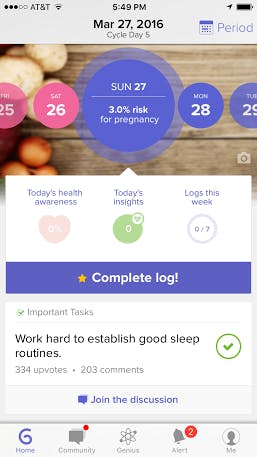 Glow’s colorful and advice-oriented interface will no doubt make it the first choice of many women. The app’s many fertility features and ability to share details with your partner make it a great choice for women hoping to conceive. The app claims to have helped 20,000 women become pregnant the first year after its launch.

Women who experience severe PMS symptoms will appreciate the app’s daily insights that cater to each day of your cycle. Not only does the app offer an ovulation calculator, but you can also track moods, symptoms, sexual activity, alcohol intake, and note your medications. For the fitness and health conscious, Glow also has the ability to sync with Apple’s Health app and other major fitness apps such as My Fitness Pal. If you’re taking the pill or any other medication, Glow can send you a daily reminder.

Glow is available for iOS and Android. 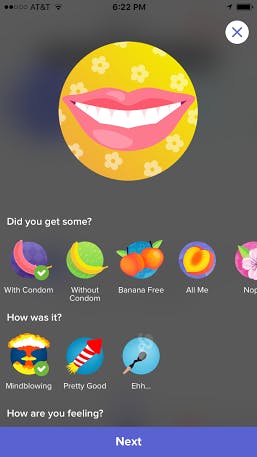 If you’re a single woman with a roving roster of sexual partners who also wants to avoid pregnancy, Eve may be more your speed than the fertility-focused Glow. Eve is by the same makers of Glow, but it also includes a tracker for sexual activity. Women can record each time they have sex, what kind of sex it was, the quality, and how it made them feel. The app also includes detailed information on different types of birth control by Bedsider, a free online birth control support network. 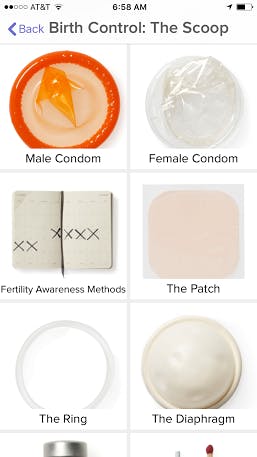 You can also access Eve’s active online community through the app, where topics revolve around sex and reproductive health. If you’re curious about the side effects of the Mirena IUD or want to hear about other people’s experiences with the HPV vaccine, this should be your destination.

Eve is available for iOS and Android. 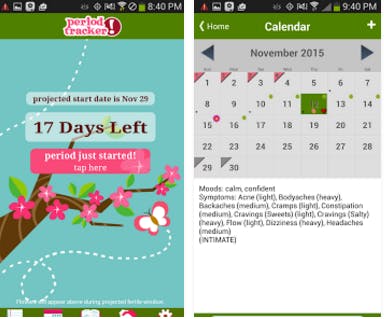 Period Tracker does what it says on the box. If you don’t have patience for the bells and whistles of apps like Clue and Glow, Period Tracker is the perfect app for you. Simply open it on the first and last days of your period and tap. You can view your cycle’s duration on the app’s calendar view and also track moods and symptoms such as cramps or acne. The app also informs you of your fertile window and ovulation period with a series of flower icons.

Period Tracker is available for  iOS and Android.