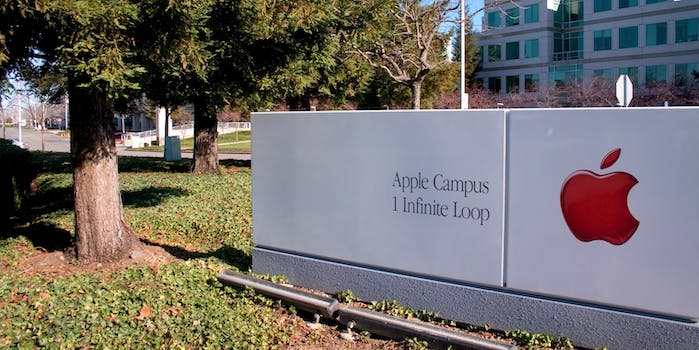 The location of its forthcoming workplace will be announced later this year.

Apple announced on Wednesday a plan to build a new campus and hire 20,000 workers in the next five years as part of its renewed investment in the U.S.

The company will disclose the location of the new facility later this year, a move that will likely keep city officials awake at night. A campus hosted by one of America’s most respected brands and the richest company in the world could either be a major boon or put significant strain on a city.

Apple could take heed of the problems Seattle has faced since Amazon arrived. With an influx of workers, transportation infrastructure will be put to the test, leading to an increase in traffic. Additionally, high paying jobs could raise the average cost of living, making it difficult for some people to afford their homes. There should also be concerns about the potential of a newly developed area to accelerate gentrification.

Apple, which already employs 84,000 people in the U.S., did not say if it already knows where it will break ground or if it’s still reviewing potential locations. We do know it will be at a “new location,” suggesting it won’t be near its headquarters in Cupertino, California. The company will also increase its investment in its manufacturing fund from $1 billion to $5 billion and expand programs to help students learn to code.

The tech giant’s announcement comes on the heels of a heated competition to host Amazon’s secondary headquarters—the so-called HQ2 project, which is expected to generate 50,000 new jobs as part of a $5 billion investment. Optimistic city officials have gone to great lengths to win over Amazon. The company announced 238 proposals from HQ2, ranging from high-production hype videos to absurd stunts like offering to change a city’s name or giving 1,000 Amazon products a 5-star rating.

But not everyone is pampering the online marketplace. San Antonio backed out of the competition, explaining the incentive packages other cities are offering the company could be used to improve roads, mass transit, and its international airport.

Apple’s new campus won’t quite match that of Amazon, nor does it sound anything like the newly opened “spaceship,” but it could have similar long-term effects. The campus will initially house technical support for customers and, like all of Apple’s U.S. facilities, will be powered by renewable energy. It is also building a separate campus in Reno, Nevada, to support other facilities in the area.

“Combining new investments and Apple’s current pace of spending with domestic suppliers and manufacturers—an estimated $55 billion for 2018—Apple’s direct contribution to the U.S. economy will be more than $350 billion over the next five years, not including Apple’s ongoing tax payments, the tax revenues generated from employees’ wages and the sale of Apple products,” the company wrote in a release.

Apple still owes Ireland 13 billion euros ($15.4 billion) in back taxes following the European Union’s decision to crack down on tax havens. Ireland initially resisted the E.U. ruling since it uses low tax rates to coax foreign corporations to invest domestically but eventually agreed with Apple to the terms of an escrow fund. A spokeswoman at Ireland’s Department of Finance said it has no reason to believe it won’t collect the money Apple owes in back taxes, the Irish Times reports.

The new campus is part of a larger effort from Apple to contribute more money to the U.S. economy as it repatriates, or brings home, overseas cash. Apple disclosed a $38 million tax payment for moving money to the U.S., an amount it claims is the largest ever of its kind. Given the new 15.5 percent rate, Apple is repatriating $245 billion. As CNBC points out, Apple had $252.3 billion overseas in September, which means it’s bringing back almost all its foreign cash—more than analysts expected.

This was helped along by the controversial tax overhaul President Donald Trump signed into law last month, which also lowered corporate taxes from 35 percent to 21 percent. Trump had previously spoken out against Apple for investing a lot of its money overseas, specifically in China.

“We’re gonna get Apple to start building their damn computers and things in this country, instead of in other countries,” Trump said in a speech in January last year.

Apple CEO Tim Cook said on Wednesday the company is focusing investments “in areas where we can have a direct impact on job creation and job preparedness.”

“We have a deep sense of responsibility to give back to our country and the people who help make our success possible,” Cook said.

We have reached out to Apple to learn more about its new campus and will update this article if we hear back.

Editor’s note: The original headline of this article has been updated to accurately reflect Apple’s investment in the U.S.