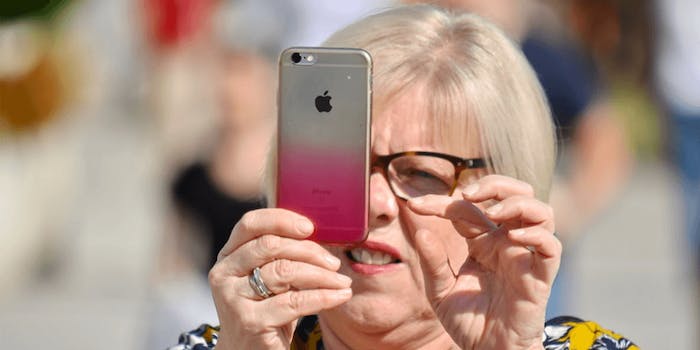 Apple’s finally getting in trouble for throttling old iPhone speeds

A consumer watchdog group hit the tech company with a $27.4 million fine.

Apple has been hit with a €25 million ($27.4 million) fine in France for purposely slowing down older model iPhones.

The company admitted in 2017, after years of speculation from users, that software updates were used to throttle specific phones in an alleged effort to protect their aging batteries.

The French consumer watchdog group DGCCRF issued the fine specifically over Apple’s failure to inform consumers that such throttling was taking place.

“[T]he DGCCRF has indeed shown that iPhone owners had not been informed that the updates of the iOS operating system (10.2.1 and 11.2) they installed were likely to slow down the operation of their device,” a press release states. “These updates, released during 2017, included a dynamic power management device which, under certain conditions and especially when the batteries were old, could slow down the functioning of the iPhone 6, SE models. and 7.”

While Apple has repeatedly claimed that the throttling was aimed at increasing the longevity of older model phones, the French government states that the lack of transparency meant that “many consumers would have been forced to change their batteries or even buy a new phone.”

Aside from the fine, Apple’s French website must also display a notice informing users that it engaged in “deceptive commercial practice by omission.”

Apple has reportedly agreed to the fine and released the following statement to France 24 in response to the ruling: “Our goal has always been to create secure products appreciated by our clients, and making iPhones that last as long as possible is an important part of that.”

Critics have argued that Apple’s actions were more about forcing consumerd to purchase new devices as opposed to protecting their batteries.

Either way, the scandal led Apple in late 2017 to temporarily reduce the cost of battery replacements for iPhone 6, 6s, and 7 devices. The company also began allowing users to manually disable the performance throttling mechanism on their phones.