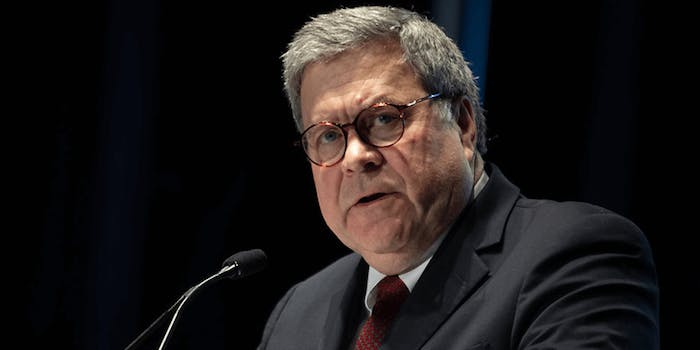 U.S. government is once again pushing Apple to unlock an iPhone

The U.S. government is once again pushing Apple to help it crack iPhone’s security following an attack last month at the Pensacola Naval Air Station.

Attorney General William Barr called on the tech company during a press conference Monday to aid investigators in accessing two phones owned by Mohammed Saeed Alshamrani, who shot and killed three people at the air station on Dec. 6 before law enforcement killed him.

Barr argued that since “both phones are engineered to make it virtually impossible to unlock them without the password,” obtaining data on the devices is impossible without Apple.

“We have asked Apple for their help in unlocking the shooter’s iPhones. So far Apple has not given us any substantive assistance,” Barr said. “This situation perfectly illustrates why it is critical that investigators be able to get access to digital evidence once they have obtained a court order based on probable cause.”

The attorney general went on to ask Apple and other tech companies “to help us find a solution so that we can better protect the lives of Americans and prevent future attacks.”

But Barr’s claim is identical to the one made by the U.S. government following the 2015 San Bernardino attack, in which it claimed that it needed Apple to break its encryption in order to access the shooter’s phone.

At the time, Apple pushed back by noting that the company is unable to access newer model iPhones given that the encryption keys used to protect them are stored on the devices themselves.

Not long after, however, the FBI was able to pay a private company close to $1 million to break into the phone.

Barr’s statement boils down to nothing more than yet another demand for companies like Apple to backdoor its encryption, which would endanger the private communications of millions of innocent users.

While Apple has yet to publicly respond to Barr’s statement, the company will almost certainly push back like it did in 2015.