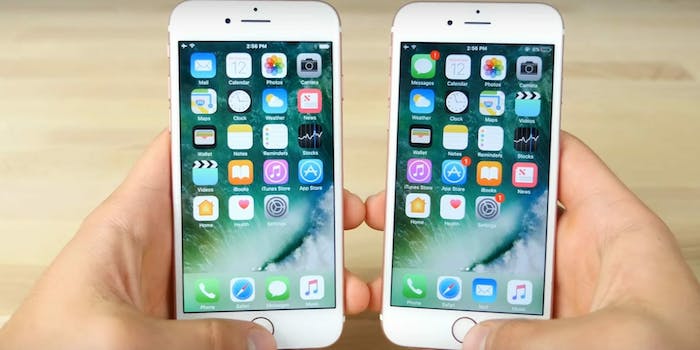 But can the smartphone giant pull this off without breaching property rights?

Apple is planning to design its own graphics processing units (GPUs) after a decade of paying royalties to another company.

The Cupertino-based giant has historically turned to Imagination Technologies for developing the components that allow the iPhone and iPad to perform graphics-intensive applications. But an announcement today from the U.K.-based chipmaker claims that Apple doesn’t want to rely on them anymore, and will instead build its own for upcoming phones and tablets.

The company said Apple has been working on a “separate, independent graphics design” to control its products and reduce its reliance on others. This means future iPhones could come with both an Apple-designed CPU and GPU.

Imagination says Apple will stop using its GPUs in the next 15 to 24 months, and will no longer need to pay them a royalty for its intellectual property. Losing its largest customer would be a huge blow for Imagination, which is said to receive half of its revenue from Apple. The company’s share price fell 70 percent, to its lowest price since 2009, following the announcement.

But the chip designer isn’t going down without a fight, openly expressing its doubts about whether Apple is capable of producing its own graphics chips without breaching intellectual property rights. The research and development company says it does not accept Apple’s assertions to be designing its own GPU because “Imagination believes that it would be extremely challenging to design a brand new GPU architecture from basics without infringing its intellectual property rights.”

Apple did not respond to Imagination’s requests for proof that it is in a position to dissolve the partnership and go forward on its own.

“Apple has not presented any evidence to substantiate its assertion that it will no longer require Imagination’s technology, without violating Imagination’s patents, intellectual property and confidential information. This evidence has been requested by Imagination but Apple has declined to provide it.”