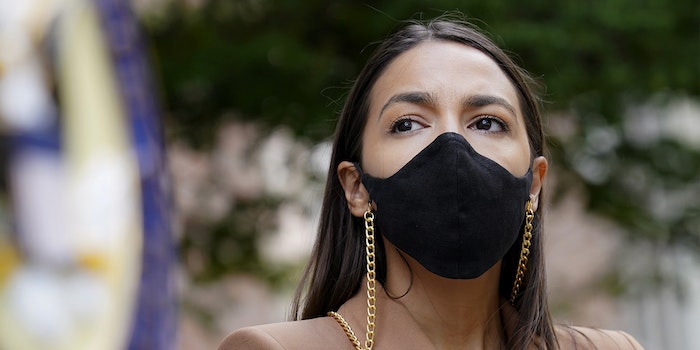 We asked AOC for her thoughts on QAnon

Since QAnon candidate Marjorie Taylor Greene won the Republican primary in Georgia’s deep-red 14th district, raising a real possibility a believer will be seated in Congress, the conspiracy theory has become a central part of political discourse.