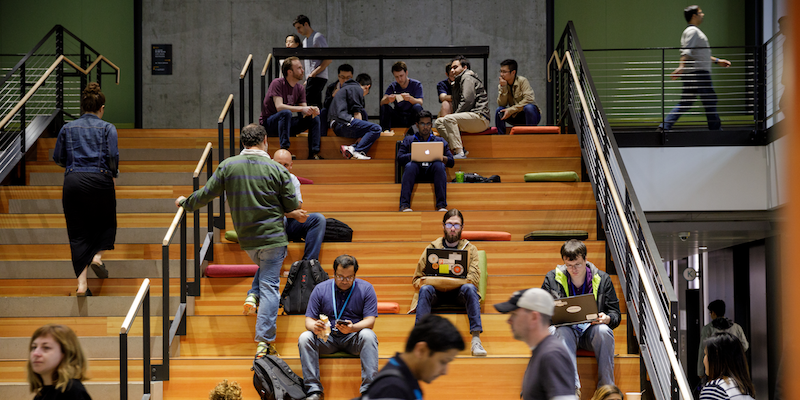 Tech workers are fighting the use of their creations by ICE.

Workers in the technology industry aren’t standing idly by as their creations are used for ill. Tech workers at companies such as Microsoft and Amazon are protesting: They have written open letters to management stating their position, and some are willing to quit their jobs.

“We refuse to build the platform that powers ICE, and we refuse to contribute to tools that violate human rights,” Amazon workers wrote in an open letter to CEO Jeff Bezos obtained by the Hill. “As ethically concerned Amazonians, we demand a choice in what we build, and a say in how it is used.”

Amazon Rekognition, the software in question, is an artificial intelligence service that lets developers quickly build applications that analyze images for object, facial, and scene recognition. Images can be compared in real-time—something that could prove useful for law enforcement for trying to identify criminals or immigrants in a crowd of people. When paired with geolocation technology, it can also predict a person’s movements.

In the letter, the group of Amazon workers say that the company’s facial recognition service could become a “powerful tool for the surveillance state, and ultimately serve to harm the most marginalized” at a time when Black activists are being targeted by police, immigrants are being deported and detained in record numbers, and police militarization, in general, is high.

Along with the news that ICE has been separating children from their families with no plan in place to eventually reunite them, Amazon’s involvement with law enforcement proves additionally disturbing.

With that in mind, the letter says, “In the face of this immoral U.S. policy, and the U.S.’s increasingly inhumane treatment of refugees and immigrants beyond this specific policy, we are deeply concerned that Amazon is implicated, providing infrastructure and services that enable ICE and DHS.“

Since news that Amazon’s Rekognition software had been sold to law enforcement agencies, civil rights organizations and U.S. lawmakers have voiced their dissent, as well.

“We are troubled by the profound negative unintended consequences this form of artificial intelligence could have for African Americans, undocumented immigrants, and protesters,” Rep. Cedric Richmond (D-La.), Black Caucus Chairman, wrote in one letter to the company.

Earlier this week, Microsoft employees protested a similar situation when it came to light that their company had contracts with ICE. They also penned an open letter to their company’s CEO, Satya Nadella, and announced they’d be willing to quit if the company’s relationship with this government agency didn’t cease. In April, workers at Google similarly protested against Project Maven, a program to develop computer vision technology for government drones.

Workers in technology are realizing that by standing together, they can make a positive impact and help prevent their work from being used unethically.

Editor’s note: This story’s headline has been updated for clarity and context.