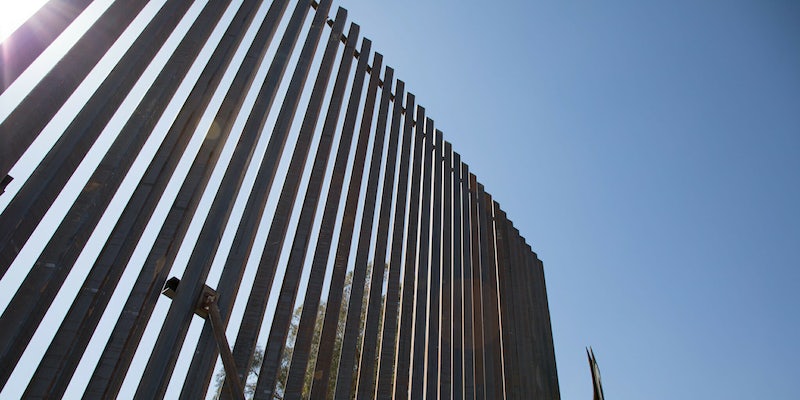 This is what will happen to the 2,300 children already separated from their parents

The Trump administration had no reunification procedure to begin with.

The more than 2,300 children who have so far been separated from their parents under the Trump administration’s “zero tolerance” policy will not immediately be reunited with their parents.

While President Donald Trump signed an executive order Wednesday under the promise that he would end family separations, it was unclear how families crossing into the U.S. going forward would be affected, except now they would be presumably detained as a unit.

But for the children who have already been separated from their families under the administration’s policy to prosecute all adults crossing into the U.S. unauthorized, nothing will immediately change. They will continue to be separated from their parents, and in some cases, be fostered by relatives living in the U.S. or others under the Office of Refugee Resettlement (ORR).

According to BuzzFeed News, a spokesperson for the Department of Health and Human Services (HHS) told the publication that children separated from their parents and moved into the resettlement program, which finds children sponsors or houses them in child detention centers, will continue through the program. A more senior spokesperson, Brian Marriott, later told the publication that “reunification is always the ultimate goal,” but that HHS is still waiting for “further guidance on the matter.”

Another statement, this time from Immigration and Customs Enforcement (ICE), said that once a parent is prosecuted and has their case adjudicated, ICE will “make every effort” to reunite children with parents.

And until that happens, it appears that it us business as usual for the children already in the sponsorship process. After being separated from parents who are facing prosecution, the children of these adults are now considered by the government to be “unaccompanied alien children” or UAC. Their cases are then transferred to ORR under HHS, where they will be found a sponsor to take care of them while their parent is in detention, typically a relative or family friend already living in the U.S. If a sponsor cannot be found, a child will be placed into a child detention center, such as the Casa Padre facility in Brownsville, Texas, that reporters got to tour last week.

Across Twitter, critics of the executive order and its lack of direction for families already separated voiced their disagreement.

Mr. President, you created a harmful, hateful policy. You spent weeks lying to us about it while kids suffered. You tried to use those kids as political pawns. You finally admitted you could have stopped it all along. And thousands of kids are still separated from their parents. https://t.co/a51xwZ5oTR

What’s worse, Republican “leaders” in Washington who can stop it are encouraging this insanity.

Don't think for a second that #FamilySeparation has been handled just because of today's executive order. Children are still separated from parents. This trauma will still have lifelong effects. The Trump admin needs to provide detailed steps for how it plans to reunite families. https://t.co/5yA2fl0862

Some workers have already said that its likely some parents will never see their children again. THIS IS UNACCEPTABLE! They better get it together and find those kids. NOW!

"We don't know how to reunite them because we didn't keep records."

This manufactured crisis continues. We still do not know how many of our 350+ clients will be reunited with their children. #FamilesBelongTogether #KeepFamliesTogether https://t.co/zcPmP8ZhBQ

While reporters have been allowed into at least two child detention centers since the zero-tolerance policy took effect, spectators to the reporting of children housed in former Walmarts and temporarily detained in cages are left wondering where the other thousands of children are, including those who came to the U.S. without adults.

According to the Associated Press, the U.S. has an estimated 100 of these child detention centers across 14 states. AP’s Astrid Galvan created an interactive list of these facilities, detailing where they’re located, how many unaccompanied children are being housed, and the number of violations inspectors have previously found at the facility. Reveal and the Texas Tribune have detailed some of those violations, including allegations of abuse and children waiting days to receive medical care.

Even prior to the executive order, the Trump administration had no plan in place to reunite these families. While undocumented people in the government’s custody are assigned an “alien number,” there was no protocol for keeping track of parents and children together, for keeping them in contact during the separation, nor for eventually reuniting the family, the New Yorker reported. ICE, which is responsible for detaining and deporting undocumented adults, and ORR, which has been moving slower than usual, do not coordinate with each other, meaning that parents are sometimes deported before their children’s cases are resolved.

Under the executive order, Attorney General Jeff Sessions is directed to seek a modification to a settlement that limits detaining children for up to 20 days. Without that modification, families could only be detained for that amount of time.

As a result of the family separations, facilities such as Casa Padre are experiencing overcrowding, leading the Trump administration to raise “tent cities” for immigrant children to live in. Under Trump’s executive order, children would presumably no longer be separated from their parents and would be instead detained together while the parent is being prosecuted.

The executive order directs Defense Secretary James N. Mattis to provide facilities with the ability to detain children and parents together and build more as necessary. BuzzFeed News reported that the Pentagon is looking at four U.S. military bases to detain families together: Fort Bliss, Goodfellow Air Force Base, and Dyess Air Force Base in Texas, and Little Rock Air Force Base in Arkansas.