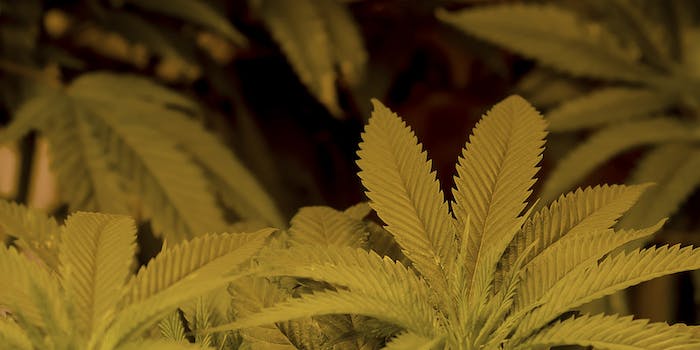 A Snapchat trail led police to this drug dealer’s den

The app's potential as a black market tool proves limited.

Snapchat, a popular and controversial photo-messaging app, has had security issues from the start. But the NSA needn’t hack your iPhone for the service to land you in legal trouble: police in Beech Grove, Indiana, just arrested a man for marijuana possession after being led to the home where he was dealing by a user who called about some incriminating texts.

It seems that teenagers in the area were using Snapchat to direct each other to an address where “bud” was being sold—as well as to praise the quality of the product. On paper, it sounds like a great idea: advertising your illegal wares via private files designed to self-destruct after just a few seconds. Of course, calling these exchanges “private” is a bit of a stretch; besides hacking, there’s the inevitability of screenshots, and in the drug trade, there will always be a narc (or rival) willing to rat you out at the drop of a hat.

Following up on exactly that sort of anonymous tip, officers arrived at the house identified and immediately smelled weed, which gave them just cause to enter and find a backpack of the stuff, plus various pipes. Two 14-year-olds, a 15-year-old, and a 17-year-old were detained until their parents could pick them up, while an older male suspect was booked “on charges of possession of marijuana, possession of drug paraphernalia and for an outstanding warrant as a runaway.” He made an appearance in juvenile court yesterday.

The case just goes to show that even as some states look to loosen marijuana laws and make cultivation legal, law enforcement agencies elsewhere are using every technology at their disposal to pursue the War on Drugs. Of course, finding out what’s been happening on Snapchat after the fact isn’t nearly as impressive as nailing a pot farmer with Google Earth, but give the police some time to catch up—they’re awfully busy with Craigslist right now.