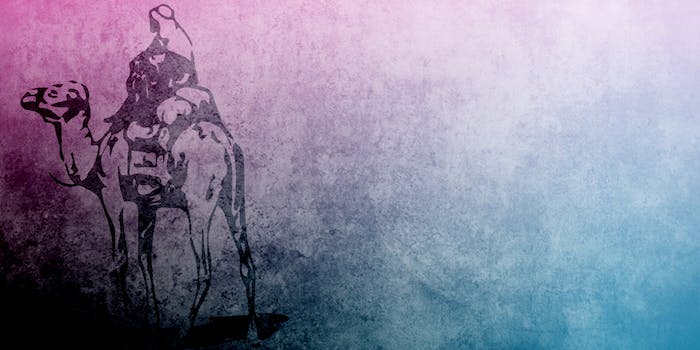 The judge isn't supposed to consider the alleged murders for hire. She is anyway.

Ross Ulbricht has never been tried in court for murder. But when he’s sentenced to a decades-long prison term this Friday, murder will definitely be on the mind of the judge.

Ulbricht was convicted earlier this year of creating and running Silk Road, the Dark Net black market that launched a multimillion dollar industry of anonymous websites selling mostly illegal drugs. Facing life in prison, Ulbricht will learn his fate at a hearing on Friday in New York City, though his lawyer has promised an appeal.

In the court of public opinion, the saga will continue long past Friday’s sentencing. Deep Web, a documentary chronicling the rise and fall of Silk Road, premieres May 31 at 8pm ET and PT on EPIX.

A clip from the film, shared exclusively with the Daily Dot, provides a behind-the-scenes look at journalist Andy Greenberg’s first interview with Dread Pirate Roberts, the pseudonymous leader of Silk Road.

Many factors are being weighed by Judge Katherine Forrest as she makes her decision—and the uncharged but explosive murder accusations against Ulbricht sit at the top of the heap.

New York federal prosecutors have urged Forrest to “send a message” with a long prison sentence for Ulbricht. In a letter this week, prosecutors reminded the judge of Ulbricht’s alleged worst actions.

Near the start of the prosecution’s list, Assistant U.S. Attorney Serrin Turner alleges that Ulbricht was “willing to use violence to protect his enterprise, as evidenced by his solicitation of multiple murders for hire in attempts to eliminate perceived threats.”

None of Turner’s murders-for-hire claims against Ulbricht have been proven.

Nowhere on that list is murder for hire because the accusation was not charged in the New York case. Instead, after Forrest’s case is over, a Maryland court case awaits Ulbricht where he will finally face due process for a murder-for-hire charge.

During the New York trial, several chat logs produced as evidence detailed five murder plots allegedly orchestrated by the leader of the Silk Road against people who had ostensibly wronged him. But, presumably because they couldn’t prove it, prosecutors in the New York case didn’t file any charges.

“Maybe you don’t have that proof,” criminal defense attorney Jay Leiderman told the Daily Dot last year, in an attempt to explain the lack of murder-for-hire charges in New York. “Maybe the proof isn’t as good as you thought it was.”

The Maryland case, which includes a charge of commission of murder for hire, has laid dormant for over a year. Legally speaking, the alleged murder for hire has nothing to do with Ulbricht’s sentencing in New York—it should be as if the murder charge doesn’t exist.

With less than 24 hours until the sentencing takes place, however, it seems increasingly clear that Judge Forrest is taking the accusation that Ulbricht tried to orchestrate five murder-for-hire as truth in the New York case.

“It is my understanding that the [murder-for-hire] allegations remain uncharged,” Meghan Ralston, the harm reduction manager at DrugPolicy.org, responded to the judge, “and that Mr. Ulbricht has neither been tried nor convicted outside of any crimes for which he has already been found guilty.”

The certainty in Forrest’s tone and the omission of a word like “alleged” bodes poorly for Ulbricht’s prospects at the sentencing hearing. Observers predict that Forrest will exceed the minimum 20 year sentence and send Ulbricht to jail for most of the rest of his days.

Despite the lack of murder charges or a conviction, Forrest seems to believe that murder for hire has to be considered in Ulbricht’s sentencing.

Forrest isn’t alone, of course. Some in the court of public opinion decided long ago decided the murder for hire accusations were true. Even on the Dark Net, Ulbricht’s alleged violent side has pushed him down from folk hero to villain for many who still inhabit the black markets that he pioneered. Markets which, by the way, continue to grow significantly despite Ulbricht’s absence.

Lyn Ulbricht, Ross’s mother and most vocal champion, has long argued that the uncharged murder accusations have loomed large over this case even though police have yet to prove anything.

The accusations railroaded the Ulbrichts’ attempts at fundraising for their legal defense.

“Public perception matters for fundraising,” Lyn said in an interview with the Daily Dot last year. “That’s been a struggle. His father and I both want the best defense possible for him.”

Ross Ulbricht will be sentenced for seven felony convictions on Friday, May 29, in New York City federal court.