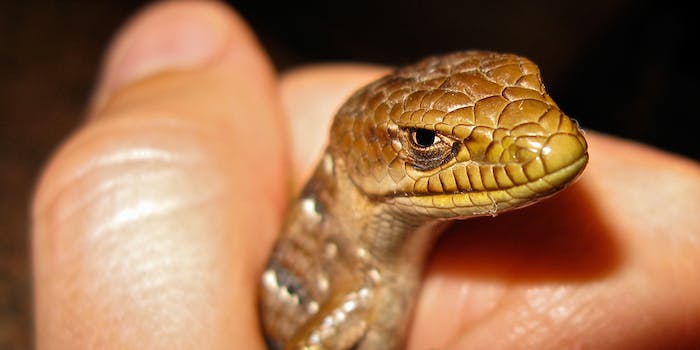 But, strangely, not for the PlayStation Network and Xbox Live attacks.

A member of the hacker group that claimed responsibility for the Christmas Day shutdown of Sony and Microsoft’s gaming networks has been arrested.

Vinnie Omari, a 22-year-old member of the group Lizard Squad, was arrested on Monday after British law enforcement agents from the South East Regional Organized Crime Unit raided his home. Omari confirmed the raid with the Daily Dot, and provided a photo of the search warrant he received.

“They took everything,” Omari told the Daily Dot in an email. “Xbox one, phones, laptops, computer USBs, etc.” 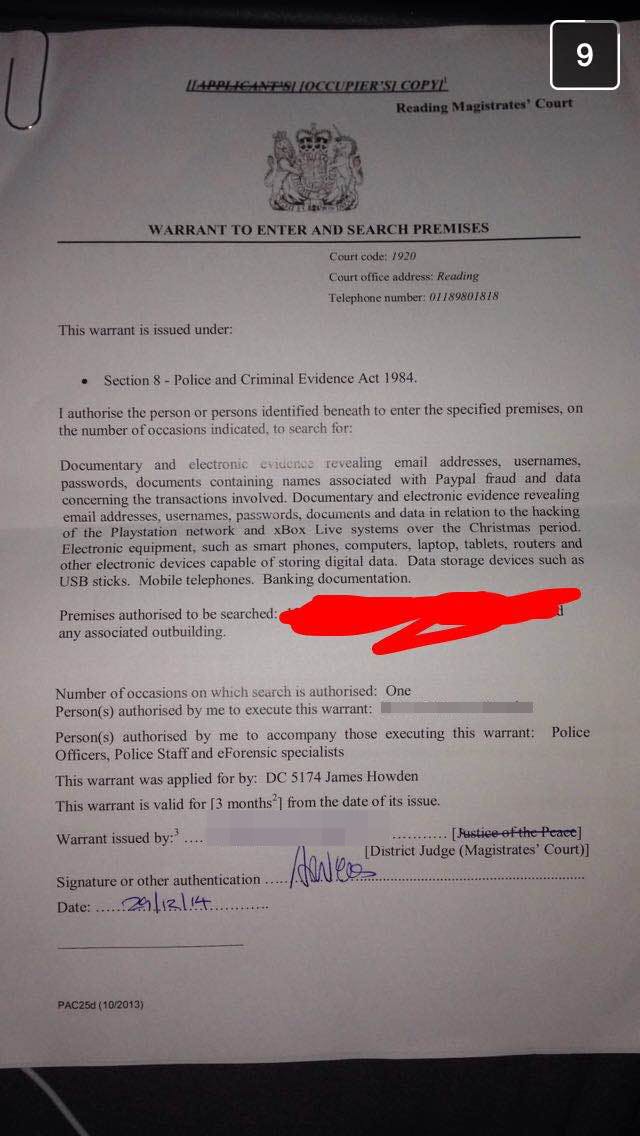 A press release from the Thames Valley Police confirms that a 22-year-old man was arrested Monday “on suspicion of fraud by false representation and Computer Misuse Act offense.”

Lizard Squad took credit for the Dec. 25 distributed denial-of-service (DDoS) attacks against the PlayStation Network and Xbox Live. DDoS attacks overwhelm a network with too much traffic, leaving targeted networks inaccessible for legitimate users. The attacks on PSN and Xbox Live caused extended outages for millions of gamers worldwide.

Omari was released on bail on Tuesday, according to a bail release form published online. He says no charges have been filed, “just alleged charges.” He added that he’ll “know more when the forensics team gets info.” He refused to provide further details about the alleged 2013 crimes.

Neither the Thames Valley Police nor the Reading Magistrate’s Court, which issued the search warrant Omari provided, were available for comment due to the New Year holiday.

The Federal Bureau of Investigation is investigating another Lizard Squad member known as “ryan” or “ryanc” for his connection to the alleged Lizard Squad attacks against Xbox Live and PSN.

On Tuesday, Lizard Squad launched a service called Lizard Stresser that allows customers to use the hacking collective’s technology to launch DDoS attacks against any target. Prices range from $6 to $500, depending on the length of the attack. A Lizard Squad member going by the alias “dragon” told the Daily Dot that the group’s attacks on Sony and Microsoft were simply a “huge marketing scheme” for Lizard Stresser.