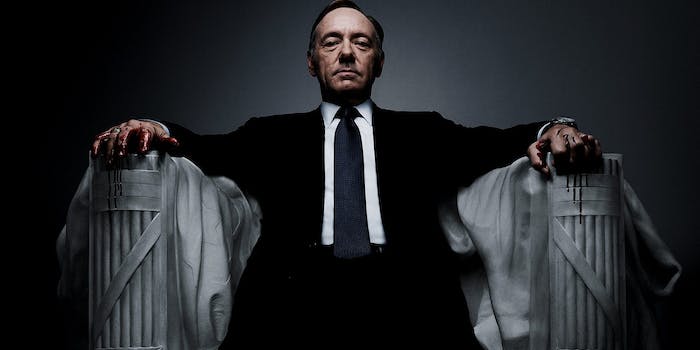 We all knew that Netflix was doing well, but we didn’t quite realize that it now accounted for more than half the video streaming on the Internet.

With a head start on both TV on demand and original shows like Orange is the New Black, Netflix is still well ahead of competitors like Amazon Prime. This indicates that the Netflix model of releasing an entire series at once might actually be more popular than than the traditional weekly episode method, particularly when dealing with complicated shows like House of Cards and Game of Thrones, which don’t really stick to individual episodic storylines.

According to the BBC, Netflix has 44 million subscribers worldwide, and is drawing in more customers every day. Streaming on demand increasingly seems like the best option for TV viewing, particularly when you consider the amount of time wasted on ad breaks when watching the old-fashioned way.

Netflix’s next big original series is a drama about Colombian drug lord Pablo Escobar, while competing streaming services from Microsoft, Amazon, and Sony all seem to be concentrating sci-fi and supernatural shows aimed at a younger, geekier audience. However, that strategy may not even be necessary. After all, Netflix’s biggest success to date is House of Cards, and that focuses on the distinctly un-youthful topic of middle-aged politicians being horrible to one another.