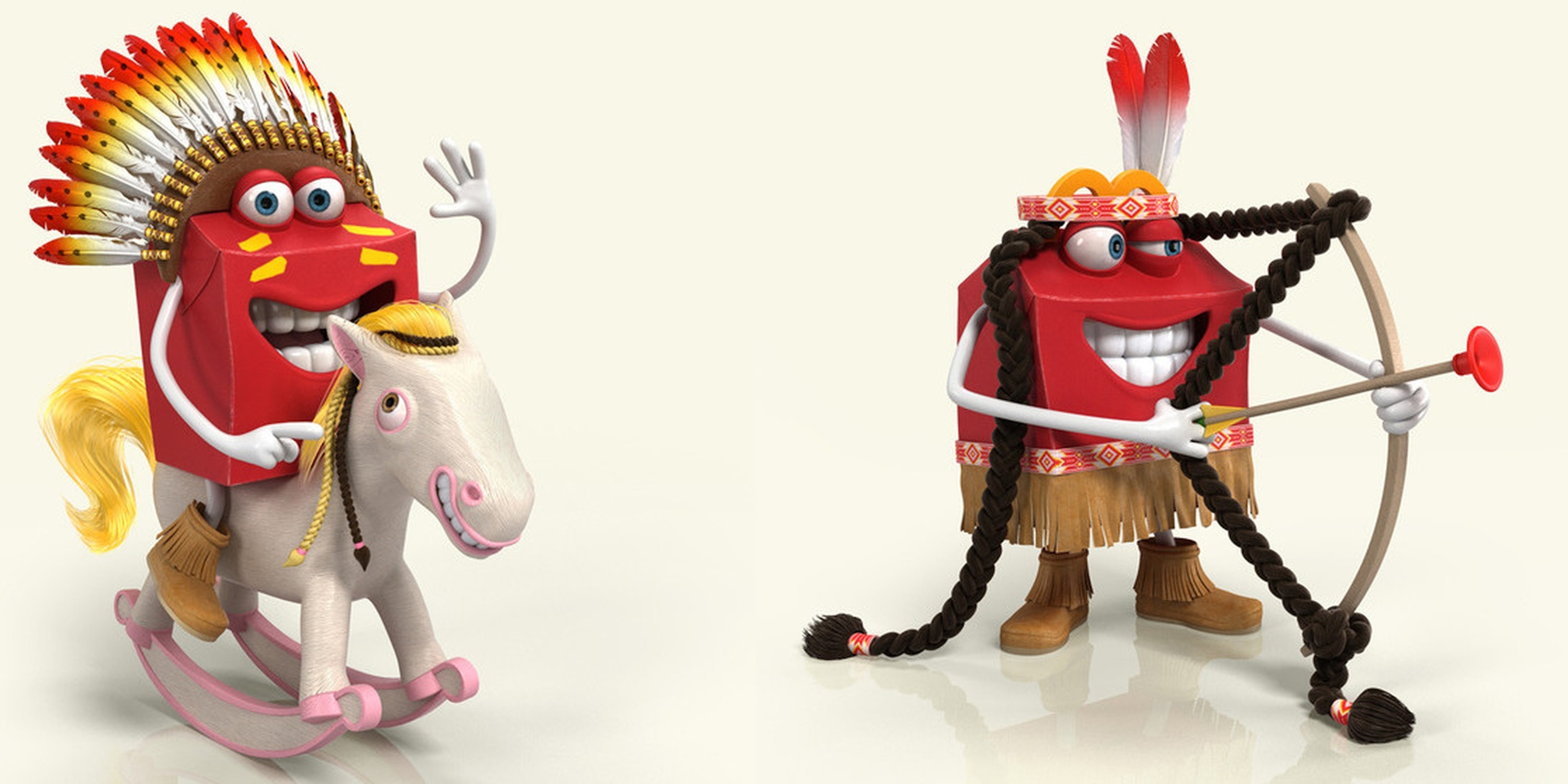 Like a last-ditch plotline ripped from a bad ’80s sitcom, McDonald’s has invited its French cousin “Happy” to join the family in hopes of reviving the brand’s relevancy. The company introduced Happy to U.S. consumers yesterday via a tweet.

Reactions to the toothy, bulging-eyed box ranged from abject horror to actual fear.

Many wondered if kids would actually like the box with teeth. Would Happy encourage “eating wholesome food choices like low-fat yogurt,” or would it simply scare customers away? Could the U.S. McDonald’s replicate the success Happy has enjoyed overseas?

To get to know Happy a little better, we dug into his origins.

Happy and his cadre of companions were created by a Paris-based 3D print and animation film production company, Mecanique Generale. The anthropomorphic box is the brainchild of 3D director and illustrator Nicolas Lesaffre. On Lesaffre’s Linkedin page, he lists McDonald’s, among other top brands, as his clientele during his stint for the company.

Happy was first introduced by French McDonald’s outposts in 2009, where he was so well-received that the company instituted the mascot in Latin America and other European markets.

GIF via The Verge

A portfolio of Lesaffre’s work was posted on nenuno.co.uk in 2012. It depicts Happy in all manner of costumes and dress. Unfortunately, this included two images of the mascot in very stereotypical Native American garb. 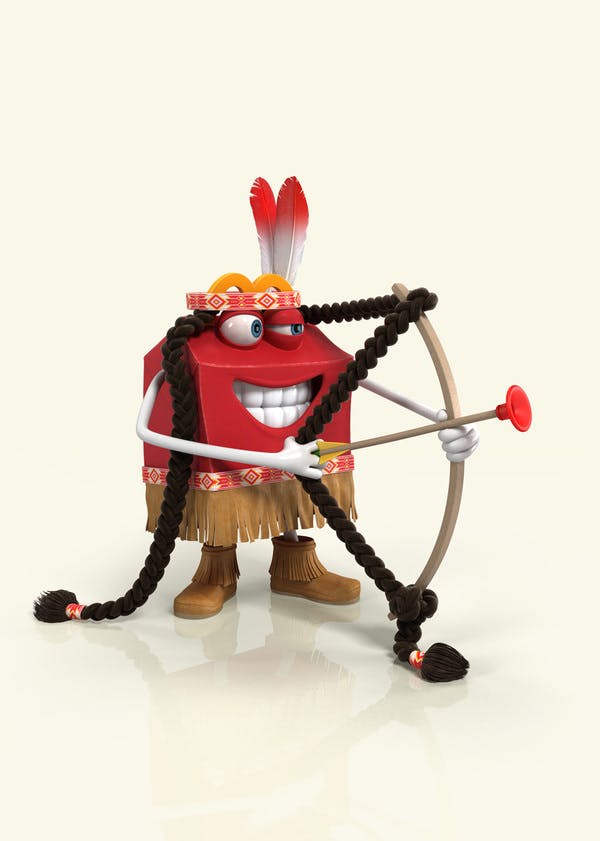 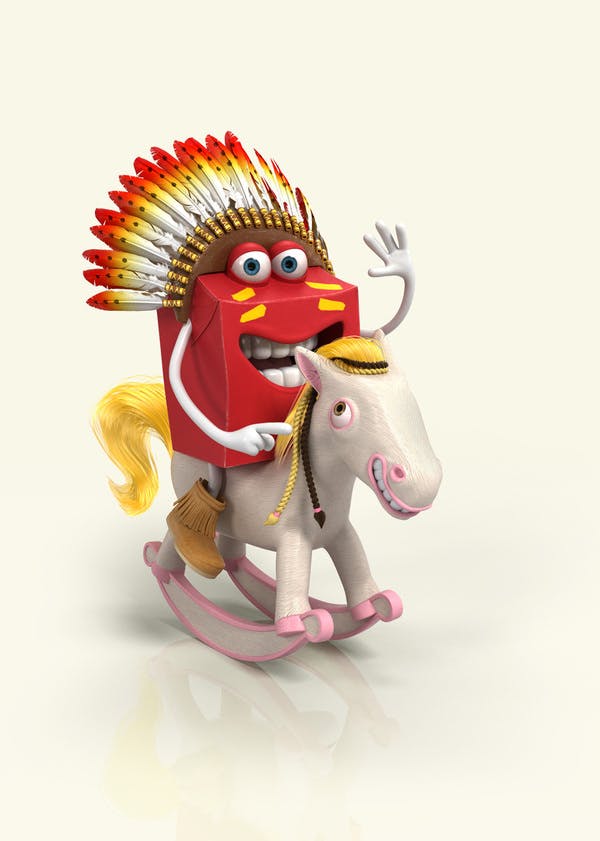 Cowboy-and-Indian costumes might not have the same cultural connotations in Lesaffre’s native France. But with a massive global brand, this kind of culturally insensitive misstep should have been squelched and destroyed as soon as it was first presented.

Happy is arriving in the U.S. at a time when the frenzy surrounding offensive names and mascots like the Redskins and the Indians has hit a boiling point. Obama has even said he would change the name of Washington’s team. In an age where a tweet from SpaghettiOs, with its pasta mascot holding a flag on Pearl Harbor’s anniversary, set off a firestorm of backlash, brands have to be infinitely more cautious.

McDonald’s should be doubly wary. Rick Wion, director of social media for the chain, says Happy won’t be going anywhere: “We’re going to give customers a chance to know Happy well. He’s silly and fun.”