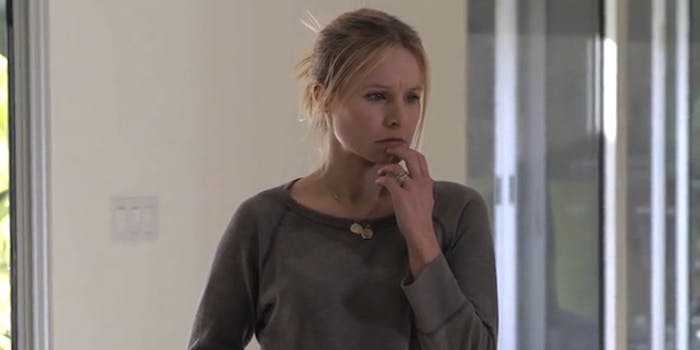 These 4 Kickstarter projects shaped how we use and think of the company—for better or worse.

According to the company’s statistics page, $583 million has since been pledged to support more than 95,000 projects, running the gamut from an illustrated choose-your-own-adventure book inspired by Shakespeare to an open-source video gaming console. At this point, it would be genuinely surprising if any of you haven’t been asked to contribute to a friend’s project.

Crowdfunding can be a risky endeavor, however, and Kickstarter has not been without controversy. The company has been sued for hosting a project that allegedly infringed upon a trademark, and there have been incidents where project creators either squandered all the capital they raised or have tried to con the site with bogus projects.

To commemorate the crowdfunding site’s anniversary, we’ve compiled four Kickstarter projects that have shaped how we use and think of the company—for better or worse.

“I like drawing pictures and then i color them too. so i thought i would suggest something for me to draw and then if someone wants me to draw it then they can put in some pennies and then i’ll draw it,” user Darkpony wrote, almost incoherently, in his project page for “Drawing for Dollars.”

The project obviously pales in comparison to something like the Pebble watch, which raised more than $10 million, but it was a start. As cofounder Yancey Strickler told CNN in December 2012, Drawing for Dollars was a “perfect microcosm of Kickstarter.”

“Here’s a simple idea. Here’s an invitation. Let’s work on this together,” he said. When the Veronica Mars movie Kickstarter project launched in mid-March 2013, it became the fastest on the crowdfunding site to break the $1 million mark, doing so in four hours with the help of more than 14,000 backers.

The success of the project—it ended up raising $5.7 million—was a huge victory that further proved the power of modern fandom. Here were more than 91,000 people chipping in to resurrect, in the form of a movie, a popular and cancelled-too-soon television show.

It was a boon for studios, too. The project made it possible for big corporations to turn properties they thought weren’t financially feasible into lucrative enterprises. With fans footing the cost of production, whatever money the Veronica Mars movie ends up making, it’ll be nothing but profit for Warner Bros.

The Veronica Mars movie also opened the door for well-known directors, people with access, to forgo the traditional model of funding a film and appeal directly to fans. The latest to do so is Zach Braff, who’s asking for $2 million to make Wish I Was Here, his directorial follow-up to 2004’s indie darling Garden State. The former Scrubs star has already raised $1.5 million, all but ensuring that his film will get funded.

In addition to being the first project to surpass the $2 million mark, Double Fine Adventure also helped propel gaming as the most popular and most funded category on Kickstarter. In 2012 alone, more than $83 million was pledged to game projects.

“The catalyst for the category’s growth happened in February, when a video game project called Double Fine Adventure raised $1 million in its first 24 hours,” Fred Benenson, an engineer with the company, noted in a blog post called “The Year of the Game.”

“The gaming world hasn’t looked at Kickstarter the same way since. Double Fine signaled to game developers that they could use Kickstarter to do something that previously seemed impossible: make the game they wanted without outside interference.”

The only thing that makes this campaign less than perfect is that they’ve yet to deliver on the actual game. Unlike our next entrant, however, Schafer & co. have done an amazing job at updating their backers, going so far as to hire a documentary crew to chronicle their progress.

Carlos Becerra and his company Zioneyez successfully raised $343,415 from 2,106 backers to make Eyez, a high-tech pair of spectacles that would record footage and upload it to Facebook. Two years have passed and contributors are still waiting on rewards that will likely never come, making this the biggest scam ever pulled on Kickstarter.

The unfortunate scenario made it clear that the crowdfunding company did not have its users’ backs. It has yet to intervene in any meaningful way.

“Kickstarter is a marketplace, and not every project will go smoothly,” a representative told Engadget back in May 2012.

“Kickstarters doesn’t issue refunds since transactions are between backers and creators, but we’re prepared to work with backers as well as law enforcement in the prosecution of any fraudulent activity.”

Later that year, the company revisited its accountability policies and announced the introduction of a “Risks and Challenges” section to every campaign description, effectively slapping a big “buyer beware” sticker on the site.

Kickstarter has specific guidelines for potential projects. But on March 20, 2013, those rules were thrown into question when 9-year-old Mackenzie Wilson and her mother Susan launched their campaign.

The premise behind the project was to raise $829 to send the younger Wilson to summer camp so that she could learn the necessary skills to make her project a reality. The Wilsons raised more than $24,000.

The project also drew the ire of redditors, who immediately accused Susan Wilson of exploiting her daughter. They also correctly pointed out that the fundraising campaign was in direct violation of the site’s guidelines, which prohibited spamming—Susan Wilson was sending @-replies to celebrities on Twitter—and “fund my life” projects, defined by the company as attempts to pay for things like tuition and new equipment. (Wilson noted that some of the money was going toward a new laptop.)

Despite these objections, Kickstarter allowed the project to go through, highlighting how even the company itself has yet to fully define who and what it is. The lack of enforcement of its own rules also suggests that the company will likely encounter these types of problems in the future.