Fleshlight wants you to remember a very NSFW 9/11

I was going to stay away from the brands-tweeting-smarmy-sentiments-about-9/11 stories today. But then the people behind Fleshlight, the world’s premier manufacturer of fake vaginas for dudes to have sex with, had to go and make 9/11 about them. 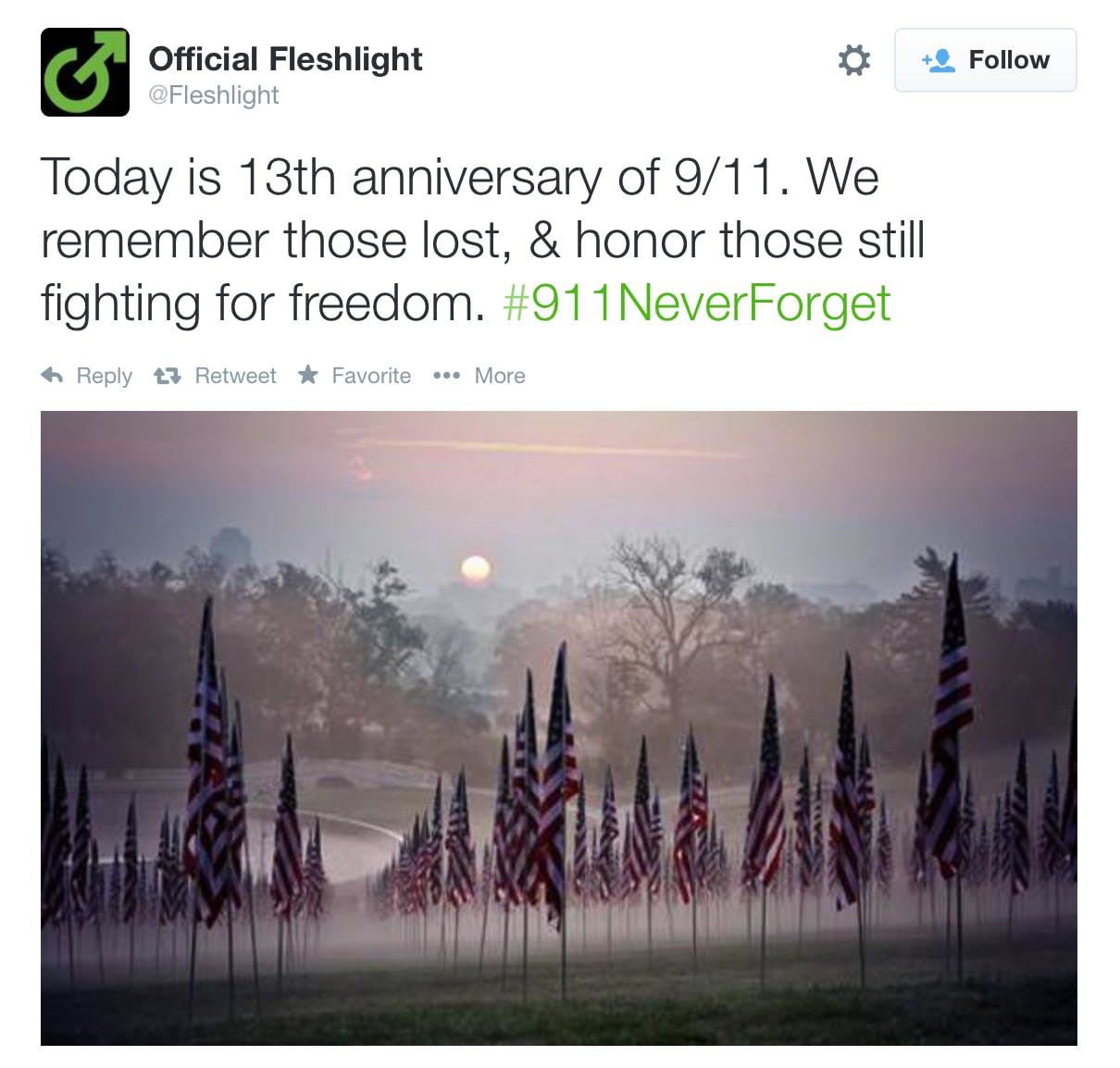 But I have a TweetDeck column set up for exactly this: watching what brands tweet on Sept. 11, in the hope that one will hit send on a message so baffling it could turn into a PR nightmare for the company, result in a public apology, and then leave us all feeling really smug about our tweets.

As you #Never #Forget, also try to remember to stick your junk in something https://t.co/bTGAQinbMM

Look, there’s nothing innately insensitive about a person who runs a social media account using his or her platform to observe the anniversary of 9/11. There are real people behind these accounts, real people with feelings, as WaPo’s Tim Herrera reminds us.

Moreover, it’s OK to make 9/11 about you! A whole generation of people are still grappling with the event and forging connections out of a shared experience. Update: I have to add this response from STL Today, which claims credit for the photo Fleshlight nabbed for the tweet.

This is the greatest thing that has ever happened. pic.twitter.com/SmRm5JTauw