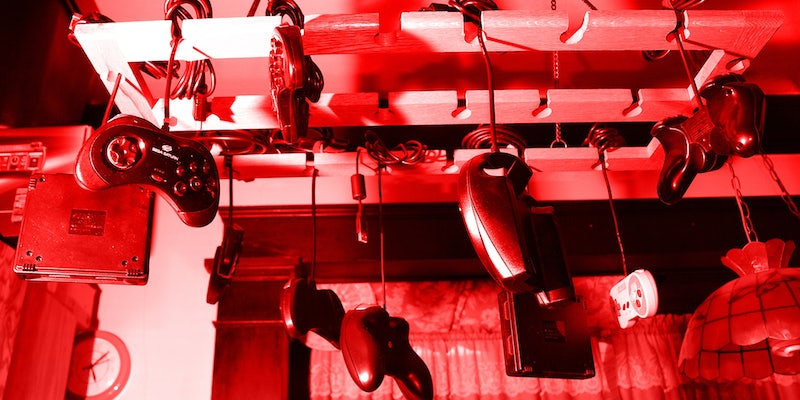 The shocking truth behind the ‘Quinnspiracy’

The only problem with the Zoe Quinn corruption allegations? They never happened.

I am all for having a conversation about video game journalism, ethics, and responsibility.

But first, a bit about where I’m coming from.

I attended my first Electronic Entertainment Expo in the summer of 2010 as an amateur writer at a fan blog. As I went from appointment to appointment to check out new games, I noticed “Best of Show” stickers from various video game news sites plastering the entrances to the booths. I couldn’t figure out how video game sites were doling out “Best of Show” awards based on the sort of half-hour appointments typical at E3. How could anyone honestly know if the games were any good in such a short time?

Those awards would be used on game boxes and in commercials: People would buy games based on those recommendations. I was horrified. When I got back from E3, I wrote about these awards and how irresponsible game journalists were being by doling them out.

Then, an editor patiently explained to me that at Judges Week, an event in Santa Monica before E3, the Game Critics Awards judges are given substantial amounts of hands-on time with the games. All of those “Best of Show” stickers at E3 were awarded based on access to games during Judges Week.

I was embarrassed as hell. But I’ll never forget what it taught me.

But the people obsessing about the Quinnspiracy are an entirely different sort of animal. Their tirade against corruption in video game journalism stems more from misogyny and entitlement than any real desire to have a more ethical press.

The Quinnspiracy began as a blog post from an ex-boyfriend about his breakup with his girlfriend, well-known indie game developer Zoe Quinn. Among his many grievances, he claimed that Quinn had a relationship with a member of the games press.

In online forums and comment sections, critics quickly latched on to the revelation and began using it as an example of corruption: Quinn used her feminine charm to seduce a game journalist in return for positive reviews for her games.

The only problem? It never happened.

Stephen Totilo, the editor-in-chief of Gawker Media’s video game outlet Kotaku, made it very clear in a statement published on Aug. 20 that the only story the journalist ever wrote about Quinn—a news piece on a failed gaming reality show—was prior to their relationship. The reporter wrote no review, good or bad, of Quinn’s game.

For a reasonable person, then, the choice was to believe Totilo, or not, and if not, to stop reading Kotaku over this alleged breach of trust.

A reasonable person doesn’t waste their time with a news site they don’t trust or respect. I haven’t watched Fox News for years other than to laugh at something preposterous they’ve broadcast, because I think they are rubbish as a news outlet. I don’t have the time to waste on them.

But that didn’t satisfy the conspiracy theorists, who are hyperventilating out new allegations by the minute.

One of the complaints is that if Quinn were a man who slept with women supposedly for influence, the games press would have been all over the story instead of remaining silent and ignoring the story out of fear they’ll be tarred with accusations of sexism.

Au contraire. Were the story about a man sleeping with women it would be even less of a story. Readers would virtually high-five the male developer because we celebrate male sexuality and punish female sexuality in our culture.

Don’t take my word for it. There’s decades of scholarly research to demonstrate the point. But it’s kind of a lost cause to ask these audience members to bother with research. Anita Sarkeesian has produced some of the best–researched and documented studies of sexism in video games out there. Her critics accuse her of “cherry-picking” her data, however, which boggles the mind.

The reason that critics of the video game press have latched onto this story for is that for seven years they have had nothing solid to hang their corruption arguments on, other than a single incident: When veteran game reviewer Jeff Gerstmann was fired in 2007 from popular site GameSpot after writing a scathing review of a game published by a major GameSpot advertiser.

The incident was obvious fodder for corruption conspiracy theorists. In 2012, however, Gerstmann explained the incident was the result of inexperienced management that didn’t know how to balance editorial integrity with game publisher pushback. The incident was about incompetence, not corruption.

When your argument is starving, crumbs like this matter. Even though the Quinnspiracy provides no evidence of any breach of ethics by a video game journalist, it’s become another “incident” to the conspiracy theorists. And it’s fueled a witch hunt.

The latest accusations have been thrown at a writer at Kotaku for having a close friendship with an independent game developer and a writer at Polygon for financially supporting an indie game developer. Totilo, again, and Chris Grant, the editor-in-chief at Polygon, have addressed the issues. To prevent any questions on patronage in the future, Grant said Polygon writers would disclose their contributions to indie games and their developers. (To be clear, these contributions are donations more than investments, with no potential financial returns for the writer.)

It only makes sense that people passionate enough about video games would want to contribute to interesting projects. We’re inundated with the same types of games year after year from the majors—third-person action games and first-person shooters being the main culprits. They usually have very little to say about anything of consequence, and playing the same tropes and genres gets very old, very quickly.

When a video game journalist then comes across a game that deals with transgender identity issues, or depression, games like Dys4ia by Anna Anthropy and Depression Quest by Zoe Quinn, it’s a breath of fresh air. That’s why many game journalists get to know these developers and support their work. Those relationships between developers and sources are how good stories are discovered and told.

The choice for the reader, then, is whether or not they trust our professionalism and discretion as we forge and maintain these relationships. The reasonable choice, should the reader decide they do not have that trust, is just stop reading. They should make the decisions for themselves, and to allow others to come to their own conclusions.

They somehow do not see the irony of complaining about fresh voices “ruining” the video game world when these harassers and stalkers and verbal assaulters are, as we speak, making video game culture the worst it’s ever been.

One would think these peoples’ time is better spent behind a mouse and keyboard or a control pad, rather than ranting in article comment threads or on social media, if they profess to love video games so much.