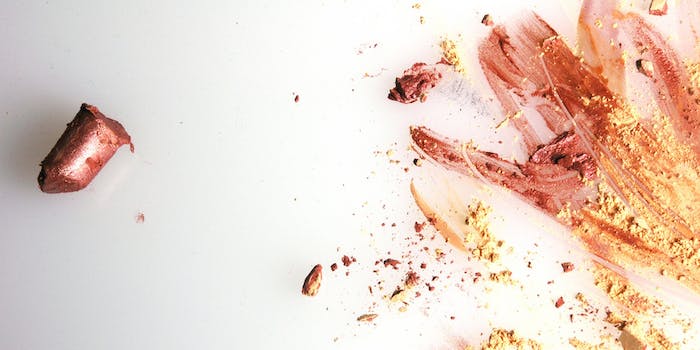 The story of a gender non-conforming teen told to take off his makeup for a DMV photo recently went viral. Here's what we can learn from the incident.

Chase Culpepper, a gender non-conforming teenager (who reportedly prefers male pronouns), was recently asked by the Anderson, South Carolina DMV to remove his makeup for his license photo after he took his driver’s test.  According to Culpepper, officials at the DMV told him that he couldn’t wear “a disguise” (referring to his makeup) and that he “didn’t look like a boy should.” The DMV’s official statement on the matter was as follows: “At no time will an applicant be photographed when it appears that he or she is purposely altering his or her appearance so that the photo would misrepresent his or her identity.”

It’s an understandable expectation that official photo identification should accurately represent the people that it is used to identify. However, Culpepper’s choice to wear makeup was in no way a deviation from his everyday presentation; as his mother noted, for Culpepper to not be wearing makeup would “be a disguise in itself.” His presentation in no way misrepresents his identity. In his own words, he does not conform to the traditional gender role for an individual designated as male—he’s “still trying to figure all that stuff out.”

Beth Parks, spokesperson for the South Carolina DMV, issued a statement more problematic than the organizational statement above. “When this young man has to show his ID, his ID shows that he’s male. The card says he’s male [and therefore], he needs to look like a male,” said Parks.

What exactly does it mean to “look like a male?” Does Chase Culepper need facial hair and a muscular body? Which male does he need to look like? Is it not more important that he look like himself? Culpepper, at this time, seems to identify with the social category of male, despite his presentation, and he was designated male at birth. Tautological as the statement may be, Culepper looks like himself, and therefore, Chase looking like Chase Culepper is not at all incompatible with “looking like a male.”

The assertion that, in order to wear makeup, he would need to legally change his gender marker assumes incorrectly that he would want to or that he feels that he needs to. Furthermore, for Culpepper to legally change the gender marker on his identification, he would need “medical documentation that his gender has been changed,” which typically involves a surgery that costs tens of thousands of dollars and would alter his body in a way that he might not desire. I’m not sure how the South Carolina DMV thinks makeup works, but as someone who regularly wears makeup, I can safely say that it typically is applied on the face—genitals don’t really factor in to the equation.

Following her logic, tortured as it may be, only raises further questions. Would someone designated female at birth be turned away if she were not wearing makeup? After all, makeup drastically alters women’s appearances, which is the entire reason that the makeup industry exists. What would happen if a woman were to wear clothing deemed incongruent with her sex designation? After all, not all women present as feminine. And from what I often hear as a transgender woman, makeup and clothing don’t make me a woman. Why do they make Chase Culpepper not a man? Is maleness so fragile that it can be easily erased with makeup?

As a society, we often make bizarre assumptions about gender and the acceptable ways to perform gender—notably, the assumption that there is only one acceptable way to conform to our two recognized genders, and that said performance must reflect and reinforce one’s sex designation (which, as the Daily Dot’s Samantha Allen noted, is not exactly as “objective” or straightforward as one might think). We conceptualize gender and sex as functionally synonymous terms to describe two mutually exclusive and clearly defined categories—with no room for ambiguity. When reality dares to defy our model, we attempt to change or deny reality rather than revisit the model that we have created.

This is extrapolated to absurd lengths, as illustrated by the way we gender any number of products that would otherwise be identical—coloring half of them pink or creating diet soda for dudes with “10 manly calories.” Remember the infamous “Bic for Her” ink pens? According to Bic’s website, the pen’s “fun comfort grip” makes it designed “essentially for women,” whatever the hell that means. Chase Culpepper’s trip to the DMV is yet another example of why we as a society need to reevaluate our views on gender and sex, broadening our perspectives instead of narrowing the latitude of others’ expression.

Culpepper hopes that his story, which has gone viral since the incident, will ensure that others don’t have to endure what he did, and the incident certainly exposes the inherent contradictions in our society’s imposition of gendered expectations on sex designation. In response, The Transgender Legal Defense and Education fund agreed that Culpepper’s right to freedom of expression was denied by the DMV and have taken up the fight, demanding that he be allowed the opportunity to retake his photo. According to Beth Parks, however, it is unlikely that Chase Culpepper will be allowed to retake it—she says the DMV acted according to policy.

Sure, the policy may not make any sense, but that’s just the way our society’s gender rules work. After all, we couldn’t possibly think of changing the rules that we arbitrarily created in the first place. That would require critical examination, self-reflection, and a perspective on gender that is more developed for a 16-year-old’s understanding of the concept. With time, let’s hope society will catch up with Chase Culpepper.

Photo via indianfilipino/Flickr (CC BY 2.0)