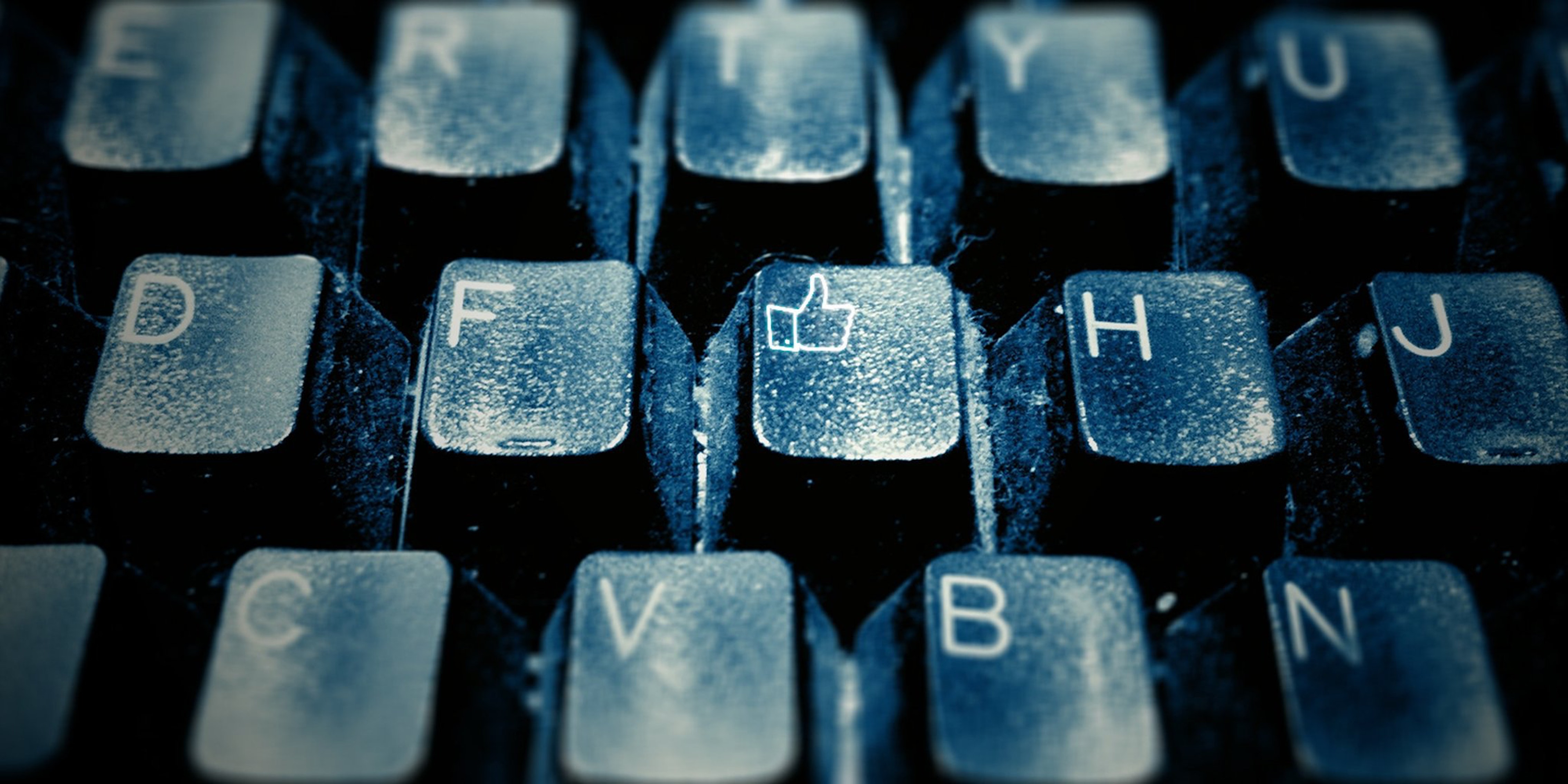 Are American tech companies trying to colonize the world?

There's a difference between 'colonialism' and 'globalization.'

You could be forgiven for sensing the altruism in Facebook’s plan to give free Internet to the world.

Free Basics, Facebook CEO Mark Zuckerberg’s program to work with Internet service providers in the developing world to bring a restricted form of the Internet to new users, is billed on its own website as “a Facebook-led initiative with the goal of bringing internet access and the benefits of connectivity to the two-thirds of the world that doesn‘t have them.” Featuring smiling young people of innumerable ethnicities, Internet.org promises “to share the internet’s knowledge and inspiration with the world” through “access to basic websites for free–like news, job postings, health and education information, and communication tools like Facebook.”

Far from a charitable venture, however, Free Basics is a profit-seeking motive by the world’s largest social media outlet to simply find new users. Along with Google’s lofty mission to bring balloon-powered mobile data to the developing world, Facebook’s Free Basic program is a feel-good corporate initiative by a company running out of places to grow. As Zuckerberg knows, the forces of globalization can empower the constant rate of growth necessitated by shareholders and investors until, as Internet.org promises, the entire world (and its data) have joined the 1.2 billion people who power Facebook.

This is hardly the first debate to be had about the American tech sector’s domination in international markets and other countries’ skepticism of succumbing all that liberty and power to profit-seeking corporations.

The veil between Free Basics positive narrative and Facebook’s needs as a corporate entity was briefly lifted this week in an untimely reaction to India’s rejection of the service by a high-profile Silicon Valley venture capitalist. India’s telecom regulator rebuffed Free Basics this week, stating that the initiative violated basic tenets of net neutrality. “While formulating the regulations,” writes the Telecom Regulatory Authority of India (TRAI), “the authority has largely been guided by the principles of net neutrality seeking to ensure that customers get unhindered and non-discriminatory access to the Internet.”

Marc Andreessen, a Facebook board member and co-founder of Silicon Valley-based venture capital firm Andreessen Horowitz, saw something else afoot. In a controversial complaint on Twitter, Andreessen ridiculed the TRAI for its ruling:

“Anti-colonialism has been economically catastrophic for the Indian people for decades. Why stop now?”

After a world of outrage arrived at the doorstep of the otherwise popular Tweetstormer, Andreessen deleted the tweet and apologized. Mark Zuckerberg released a statement denouncing Andreessen’s “deeply upsetting” statement and reinforcing the notion “Facebook stands for helping to connect people and giving them voice to shape their own future.”

A popular idiom in the political world defines a gaffe as a rare moment when a politician slips and tells the truth. As Gizmodo, Motherboard, and Quartz have noted, Andreessen didn’t find himself in hot water for seemingly supporting colonialism or suggesting the TRAI enforced net neutrality out of xenophobia. The real reason he had to retract his statement is it revealed that Facebook is, in fact, employing a corporate neo-colonialism in its quest to deliver Internet to the world.

As Motherboard’s Jordan Pearson writes: “If the Internet is becoming a major vehicle for transnational corporate advertising, you are quite justified in talking about the extension of cultural imperialism into the Internet.”

Because Free Basics engages in a practice known as “zero rating,” Facebook and its partners get to give preferential treatment to the services they choose. Because the markets Zuckerberg is attempting to reach are new to the Internet, this gives Facebook untold power to shape the cultural and economic experience of new populations who likely have their own ideas about how to shape their digital lives. Om Malik, founder of Gigaom, even cited his family’s legacy under the British Raj for his skepticism of Free Basics and “any for-profit company arguing its good intentions and its free gifts. Nothing—and I do mean nothing—in this life is free. You always pay a price.”

What’s unique about this branding of Facebook as colonialist, however, is the fact that it’s starting now. First, India is hardly the first country with a colonialist history to work with Free Basics. Pakistan, Bangladesh, Iraq, Kenya, Zambia and more than a dozen other developing nations have signed up for Free Basics and its regulated form of the Internet. Second, Facebook is hardly the first American entity to start such an initiative. There’s Google’s aforementioned Project Loon, which hopes to use high-altitude balloons to send 3G and 4G data speeds to parts of the world without them, and Wikipedia Zero, an effort by the nonprofit encyclopedia to bring limited forms of its articles to struggling schools around the world.

The language between “colonialism” and “globalization” might seem like splitting hairs, but the distinction–as well as when people do and do not decide to make it–is massively important.

Third, this is hardly the first debate to be had about the American tech sector’s domination in international markets and other countries’ skepticism of succumbing all that liberty and power to profit-seeking corporations. The typical opponent to such overreach has not come from former colonies but former colonialists. Nations across Europe, and the European Union itself, have spent much of the last decade attempting to put bracers on the legs of companies like Google, Apple, and Facebook.

The United Kingdom, Italy, and the European Union have sprung a new initiative to rope in American tech companies looking to take advantage of Europe’s lower corporate tax rate. A serious movement to raise the age limit for social media use to 16 died in the EU parliament but left open the possibility for individual member states to do so. Apple is under investigation for antitrust violations of its streaming music service, Google’s search engine is being charged with the same, and roughly 25,000 Europeans have engaged Facebook in a class action lawsuit over its privacy policies.

Part of this vehement hatred toward American tech companies was spawned by the revelations of mass surveillance by Edward Snowden. As others have noted, the authoritarian echoes of World War II still make countries like Germany reasonably cautious. But a large portion of it also comes from an economic desire by these countries to retain independence from corporate interests that don’t reside in their own borders. France has been the hardest of American web giants, largely because French Internet users spend as much time on Facebook alone as they do on the top 10 French websites combined.

No one calls this colonialism because 1) Europe has a less recent history of being colonized by larger international interests than India and 2) we recognize it more as globalization. In the same way American fast food companies have altered the way people eat in the developing and the developed world, Silicon Valley is crafting the digital habits of the world in its own image. While the nature of these countries provides for more opportunity, the growth of Silicon Valley into the developing world should have always been viewed with the skepticism Europe has treated them with all along.

The language between “colonialism” and “globalization” might seem like splitting hairs, but the distinction–as well as when people do and do not decide to make it–is massively important. It might be that commentators view India and other developing nations as having less power to refuse Facebook than Europe. That’s ridiculous, because that’s what India just did and what China has been doing for years. More likely, however, is the caution brought on by realizing the inexorable march of Silicon Valley across the world, its governments, and its people.

In the United States, it’s easy to feel like we all woke up one day to find our economy and data intrinsically linked to and controlled by these companies founded by college kids and suddenly worth tens of billions of dollars. By creating a distinction between what Facebook has attempted in India and what Facebook does elsewhere, we protect our Western egos from completely assessing the degree to which we’ve surrendered our economic future–and privacy–to these relatively newborn entities.

After all, the debate over Free Basics in India mirrors the debate over net neutrality in the U.S.–a policy Facebook fought for valiantly. Even after the Federal Communications Commission agreed to enforce the fair treatment of all Internet traffic, however, we still find ISPs and the giants of Silicon Valley have seemingly unrestricted ability to mold our digital experiences to their liking, be it through gross violations of our privacy or the same kind of zero-rating that just snuffed out Mark Zuckerberg’s dreams.

The battle that’s unfolding is not between the vulnerable developing world and overbearing American interests, though that’s certainly a fight to be had. The larger conflict, however, is between these corporate interests and the people whose representative legal systems have moved to slowly to defend. India has done this week what U.S. and European courts and legislatures should have done decades ago in defending the economic liberty of the individual. The brand of colonialism offered by Facebook, Google and others has little to do with borders and nationalities and everything to do with growth, no matter where, no matter what.

Photo via Marcie Casas/Flickr (CC by 2.0) | Remix by Max Fleishman