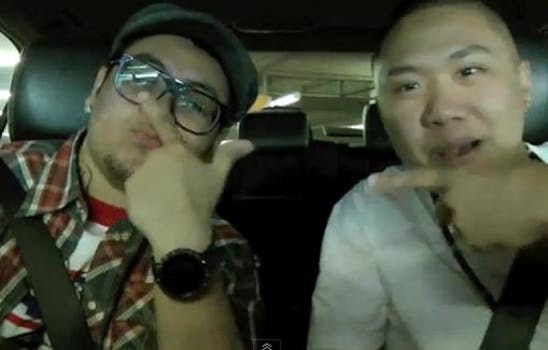 Reaching millions from your living room

Some of YouTube's brightest upcoming stars continue to enjoy an ever-expanding audience.

How does a YouTube star celebrate reaching one million subscribers, besides a thankful video?

Rapper and comedian Timonthy DeLaGhetto got naked, literally, for his fans.

“I’m so excited, I love you guys so much. I wanted to do something crazy special and epic” he says before he books it down a Canadian hotel hallway.

Filmed presumably by his giggling girlfriend, DeLaGhetto uploaded the footage onto YouTube on August 15th, for all his fans to see… and to admire his bare bum.

“I got a million subscribers on YouTube. And I’m naked!” he shouts in his first celebratory video.

25 year old Tim Chantarangsu, who goes by Timonthy DeLaGhetto on YouTube, began his video career in September of 2006 and has amassed more than 300 million views on his videos. Two weeks ago, he hit that coveted 1 million subscriber mark, making him the 45th most subscribed channel on YouTube.

DeLaGhetto is one of a couple YouTubers that hit that major subscriber milestone (and more payments from YouTube) recently.

Natalie Tran, who runs communitychannel, hit 1 million subscribers about three weeks ago. Tran is the most subscribed to YouTuber in Australia, and the 43rd most subscribed globally. Tran’s videos caught the attention of the travel network Lonely Planet, who sent her around the globe to film her escapades. Tran was also the subject of a recent Forbes profile on its blog section. Tran did not make a celebratory video, though this video was uploaded around the time of her ascension.

Neither DeStorm or The Fine Brothers made a celebratory video, but their fans took to making them, like 13 year old UK resident Mitch Provis’ video about DeStorm.

While it is against a YouTube partner’s contract to disclose how much ad revenue they share, it is almost common knowledge that Ray William Johnson, owner of three popular channels and the most subscribed to YouTuber with 4.5 million, cracked seven figures for a salary.

Justin Matthew, the business manager of Dylan Hart, the star of LifeHacker’s Scientific Tuesday’s series, explained in a text message it is hard to speculate how much each YouTuber makes as they each have their own “deals and side ventures,” such as TV show stints, t-shirt sales, or live concerts.

Either way, hitting one million subscribers is a great excuse to quit one’s day job — and even run buck naked.