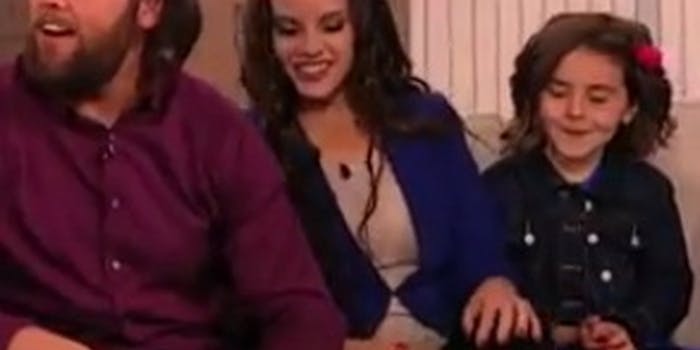 YouTubers are upset by how Anderson Cooper treated its first family, the Shaytards

YouTubers love mainstream media coverage of their community—but not this time.

This week Anderson Cooper disappointed the YouTube community when he interviewed Shaytards, known as “YouTube’s first family,” on national television.

YouTubers love seeing their stars break onto the TV in the form of cameos or mainstream talk-shows, and this weeks’ Shaytards appearance on Anderson was no exception. They flocked to the Shaytards video excitedly announcing their upcoming Cooper appearance to leave encouraging messages.

But when the family’s interview aired on Monday, the YouTube community was shocked and appalled by Cooper’s performance, and wasn’t shy about voicing its collective disappointment in comment threads.

The Cooper segment the Shaytards were interviewed on was called “Easy Money,” and was meant to highlight how easy it is to make money on YouTube. YouTubers were quick to point out that success on YouTube isn’t as easy as putting up your home-videos, as Cooper purported during the interview. Success on YouTube requires constant effort and dedication. The Shaytards themselves have been on YouTube since 2008, and as a family, have made more than 1100 videos in that time.

The interview with the family was short; the questions were bland; and Cooper himself seemed to have misunderstood the concept of YouTube’s premium content channels, where YouTube invested $100 million to attract big-name Hollywood talent, like Madonna, to create their own YouTube shows. (Cooper implied any one on YouTube could get a cut of that million dollar investment.)

Shay Butler, known on YouTube as Shaycarl, added a few interesting thoughts in his brief TV appearance: “Basically, we’re like a giant billboard,” and “YouTube has created this great stage where people like us can create content.” Butler also called his family’s work “a fun family blog.”

Many YouTubers questioned whether Cooper had prepared at all for the interview. They also openly wondered if Cooper was actively trying to “embarrass” the Shaytards with his segment. (Cooper chose three-year old “boring” footage, critics said.)

“Maybe it’s Anderson and his style of talk show, but﻿ our favourite family was not portrayed well,” wrote aznette on a bootleg copy of the interview. “It was the questions, the videos, and the ‘youtube expert’ that really MISSED the point [about] who and what the Shaytards ARE. Also, did they REALLY have to play an 80s family sitcom-type theme song when they came out?”

Other YouTubers were less diplomatic, as YouTubers are wont to do, calling Cooper an “ass,” “idiot,” “jerk and “condescending prick.”

“The only thing I learned from watching the Anderson Cooper Show that Shaytards were on was that Anderson Cooper doesn’t have a clue. I guess that means ANYONE can be a﻿ renown international reporter…” opined authorgirlpetparent on another bootleg copy of the interview.

Interestingly enough, at press time, no YouTuber had taken the time to comment on Cooper’s official YouTube video of the interview, truncated to one minute, which had collected 40,000 views. Was the lack of commentary a display of silent disapproval, or was Cooper’s team screening the comments?  The Daily Dot wasn’t sure.

“They need to go on ellen,” wrote Maryy0251 on another bootleg copy of the video. Ellen DeGeneres’ interviews with YouTube celebrities on her show are always well received by the YouTube community, as evident by the 250  people who liked Maryy0251’s comment.