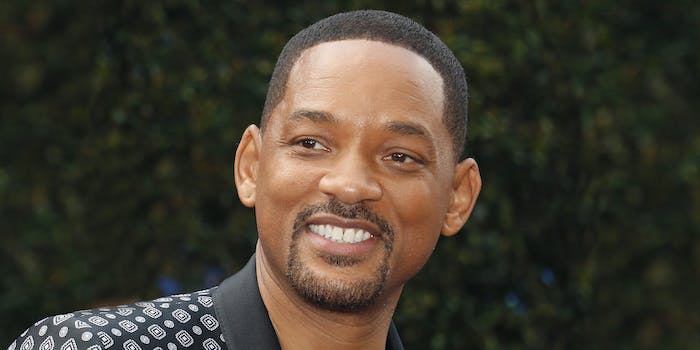 Will Smith has joined TikTok and he’s done so by echoing the words of millions of reluctant TikTok users: “I guess I’m on TikTok now.”

The introductory clip already has more than 1 million likes, and Smith is getting in on the popular #loopchallenge: With the help of fellow TikTokker Caleb Natale, Smith is plucked out of a phone and dropped into TikTok.

This is likely a promotional effort for his upcoming film Gemini Man, which features an older Smith facing down his younger clone. In its year-plus of existence, TikTok has managed to keep celebrity and brand involvement somewhat contained, though Arnold Schwarzenegger, Dennis Rodman, Reese Witherspoon, Julián Castro, and Korean pop group BTS have all joined in the last six months. The TikTok experience has largely been defined by trying to figure out what exactly teens are doing on it, and trying to keep up with the memes that evolve there, but the rumblings of a bigger influx can be felt.

Smith is still posting to his YouTube channel, where he most recently promoted a line of Fresh Prince merch.