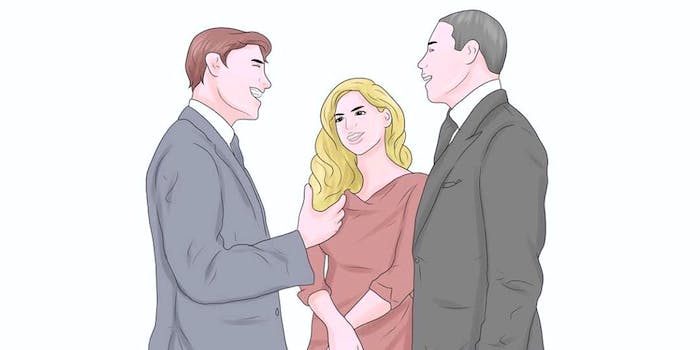 “When we saw the whitewashed image of Obama, Jay Z and Beyonce, we were disgusted and ashamed,” they said. “It never should have been on WikiHow.”

The apology followed a tweet posted by Beyoncé fan account @beyupdates, which called out the website for the illustration that appeared in an article about how to become a congressman.

WikiHow posted seven tweets in response to the initial post. The account explained that the illustration was created three years ago by a team of illustrators. They claimed the sketcher and the colorist in the team worked independently, so the colorist was unaware that the sketch was supposed to depict people of color.

1/ When we saw the whitewashed image of Obama, Jay Z & Beyoncé, we were disgusted & ashamed. It never should have been on wikiHow. https://t.co/tCIgpPpD2R

2/ Within minutes of the 1st tweet, a volunteer removed the image. We then started investigating how it got on wikiHow at all.

3/ We learned it was made 3 years ago by a team of illustrators who work as one. One person sketches, the other person colors.

4/ The sketcher sent the colorist a black and white sketch. The colorist did not know the race of the models.

5/ The colorist wasn’t aware it was Obama and Beyoncé. We don’t think the illustrator intentionally whitewashed here.

6/ This doesn’t excuse the fact that we hosted a terrible image on wikiHow and we needed more diversity on that article period.

7/ We’re talking with our illustrators to prevent recurrence and encourage diversity. Especially in positions of power.

Some users on Twitter remained skeptical, and pointed out inconsistencies with WikiHow’s apology. They questioned why Obama’s hair style was changed, or how the colorist knew to color Beyonce’s dress red.

Others responded more positively to the apology, thanking WikiHow for the clarification.

@beyupdates_ props for addressing the issue. A good case as to why having an in-house art team is better than outsourcing.

Thanks for taking the time to walk us through the process. It *does* help.

WikiHow’s final comment on the issue regarded the lack of diversity among its staff.

“We’re talking with our illustrators to prevent recurrence and encourage diversity,” they wrote. “Especially in positions of power.”