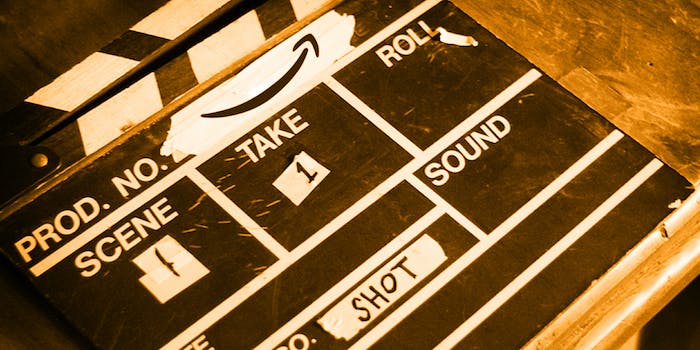 Photo via Will Jackson/Flickr (CC-BY) Remix by Jason Reed

Creators say it's a 'bit of a gong show.'

After winning an Oscar and Golden Globe for Manchester by the Sea in 2016, Amazon Studios seemed poised to dominate. Then it got trampled last month by Netflix and Hulu at the Emmys.

A recent Wall Street Journal report tried to sketch out exactly what’s going on at Amazon’s original content hive. According to inside sources, Amazon Studios is having a difficult time with strategy and “has alienated high-profile content creators, who say executives have proven incapable—or unwilling—to smooth out conflicts that inevitably crop up during the shooting of a television show.” It also reportedly passed on bidding on The Handmaid’s Tale and Big Little Lies, two major successes for Hulu and HBO, respectively.

And it’s had trouble with existing original content. The Emmy-winning Transparent, one of Amazon’s first original ventures, saw fewer than 1 million viewers on its recent seasons, according to an Amazon Studios employee. Big Little Lies creator David E. Kelley, who brought the drama Goliath to Amazon, said of the experience: “I’m a huge fan of the company overall, but their entertainment division is a bit of a gong show. They are in way over their heads.”

Even series that appeared to cater to new fanbases, like a live-action reboot of The Tick, have reportedly seen internal issues. One source claimed Amazon’s head of comedy and drama Joe Lewis pressured staffers to cast his girlfriend Yara Martinez in the pilot and then make her a regular, which happened. However, series creator Ben Edlund called his experience with Amazon “liberating.”

While execs recognize that they have get the house in order and play catch-up with Netflix and Hulu, one Amazon Studios exec lamented: “We were supposed to bring the best practices of one of the most successful companies in America to Hollywood. Instead, we’re getting chewed up.”