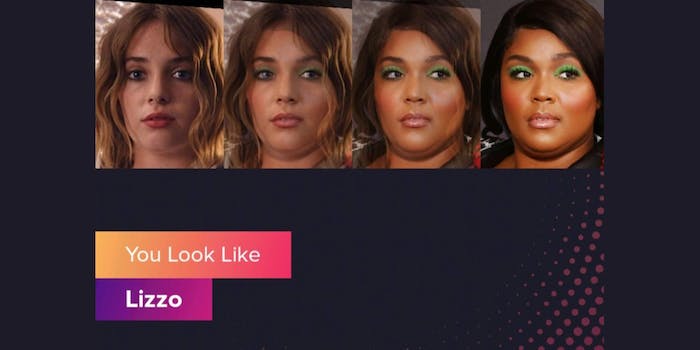 Gradient is the new celebrity look-alike app winning over influencers

Gradient is taking social media by storm. But is there more to this app than meets the eye?

When you checked your timeline this morning, you probably saw a lot of celebrity look-alike posts courtesy of a new app called Gradient.

These posts, captioned #Gradient, took social media by storm on Thursday. But what is Gradient, and where did it come from?

Nothing in life is free, and while your three-day Gradient trial comes at no charge, the app will ask you to choose between a $4.99 weekly or $19.99 monthly subscription once the trial period ends.

The celebrity look-alike feature seems to be savvy advertising from a company that knows its app might be on the higher end of what users are willing to pay.

How did Gradient go viral?

Social media users love celebrity look-alike content, so perhaps Gradient would have gained traction regardless. However, the app blew up with the help of several influencers, who were paid to be early adopters of the look-alike function.

The Sun reported Thursday morning that prominent influencers were posting their Gradients with the telling #ad accompanying them.

The Kardashians were some of the first to use the app. According to Gradient, Kim looks like Cher, Kourtney is a dead ringer for Audrey Hepburn, and Scott Disick bears a striking resemblance to Jared Leto.

How do I use Gradient?

If you want to use the trial version of Gradient to find your celebrity look-alike, download the app, upload a selfie, and let Gradient do the rest.

Those who don’t want to invest $14.99 a month in a selfie editor will also want to delete the app before the three-day trial period ends.

Gradient’s developer Ticket to the Moon, has no other apps in the app store. Earlier this year, FaceApp, which featured a tool that aged photos, came under scrutiny for potential connections to Russia. The Daily Dot has reached out to the developer regarding privacy concerns and has not yet received comment.