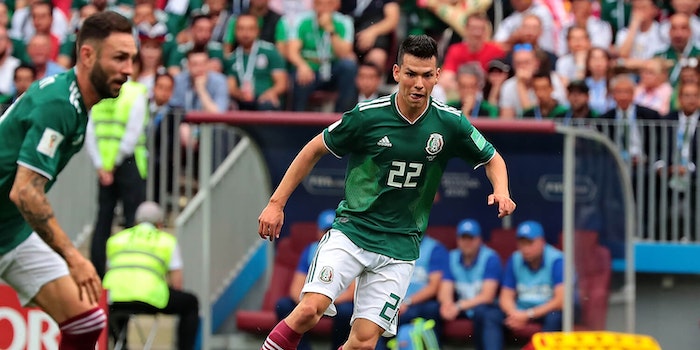 How to stream Mexico vs. Bermuda in the Concacaf Nations League tournament

Mexico continues its Concacaf Nations League journey and to tune up for World Cup qualifying.

Mexico’s obviously one of the most dominant teams in the new Concacaf Nations League tournament. It’s also a team that, despite its recent Gold Cup triumph, is looking to fully find itself before World Cup qualifying gears up. That means that some of the more recognizable names on the El Tri roster will be featuring in the team traveling to Bermuda for Friday’s match.

Here’s everything you need to know to live stream Mexico vs. Bermuda, including what to watch for on the pitch.

Mexico vs. Bermuda: What to watch for

Bermuda’s at home, but Bermuda’s also the 167th-best team in the world according to the most recent FIFA rankings, so it’ll be interesting to see how many offensive weapons coach Tata Martino employs for El Tri, and how much they take advantage of the opportunity. Hirving Lozano, Jesus Corona, Uriel Antuna, Rodolfo Pizarro, and Diego Lainez all are making the trip; it’s possible they all might see action. Hector Herrera, settling in nicely with his new club in Spain, will also travel to Bermuda, as will Jonathan Gonzalez, the one-time American national who made the one-time switch to Mexico and has since fallen short of the impact many thought he’d make for club and country.