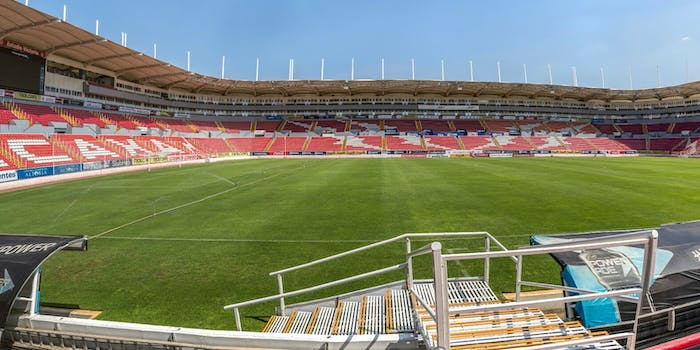 How to watch Liga MX online for free

Tune in to the 2019 Clausura Liguilla.

Though its origins go back to regional competitions in Mexico in the early 20th century, the league now known as Liga MX started in 1943 and has grown to become one of the best soccer leagues in the Americas. Featuring top Central American and South American players (as well as the occasional standout American and European), the league has a strong following in the United States already, with some of the league’s best teams making summer tours to connect with fans north of the border.

The Liga MX name is a rebrand of the top-flight Mexican league that was initiated for the 2012-13 season. Eighteen teams compete each season from August to May but split each season into two halves: the Apertura (opening), which goes from August to December, and the Clausura, which goes from January to May. Each half-season lasts 17 weeks and is then followed by a liguilla, a playoff involving the top eight teams from each half-season.

The 2019 Clausura Liguilla starts Wednesday, May 8, with two pairs of teams facing off and then meeting in return legs on Saturday, with the other four teams going Thursday and then Sunday.

FuboTV carries Univison Deportes, providing a one-week trial and therefore an easy way to watch Liga MX matches for free. (Fox Deportes and Televisa will carry select liguilla matches, but Univision Deportes is where the bulk of the action will take place. You’ll also find Fox Deportes on FuboTV.)

FuboTV is a solid TV streaming service option, whether your tastes run to entertainment (AMC, Syfy, FX), news (MSNBC, CNN), or sports (NBA TV, NFL Network). If you’re a soccer fan, however, it will appear tailor-made for you, with Univision Deportes, UniMás, 10 beIN SPORTS channels, NBCSN, FS1, and FS2 all on tap. If you can’t watch a match live, FuboTV offers a three-day replay for each match and 30 hours of cloud DVR. (Check out the complete FuboTV channels list.)

Let’s start with some rivalries. El Super Clásico, the biggest ongoing rivalry in Mexican football, involves Mexico City-based Club América—nicknamed the Aguilas (Eagles), and CD Guadalajara, nicknamed Chivas (Goats). The two original members of Mexico’s top league have long histories of success that continue today: America won this season’s Apertura Liguilla and is in the Clausura tournament, while Chivas won the 2018 CONCACAF Champions League featuring the top club teams in North America, Central America, and the Caribbean (including MLS teams). The teams also have rivalries closer to home: America shares a stadium (the legendary Azteca) and a keen rivalry with Cruz Azul, which Chivas have a crosstown competition with Atlas called El Clásico Tapatio.

Angel Mena: A major contributor to Léon’s Clausura success, Mena is an Ecuadorian winger who spent most of his career with his hometown club, Emelec, before moving to Liga MX as a Cruz Azul player.

Andre-Pierre Gignac: Gignac is an anomaly in Liga MX as a French player, but he’s embraced life in Mexico and is part of a contingent of international stars (including Chile’s Eduardo Vargas and Ecuador’s Enner Valencia) who have made Tigres one of Mexico’s best teams.

Rogelio Funes Mori: The Argentine forward—who has a twin brother playing professionally in Spain—is a key member of Monterrey’s powerhouse lineup. He also has an unusual connection to the U.S.: He won the Sueno MLS competition in 2008 (think American Idol, but for soccer) and he’s featured for the likes of River Plate and Benfica.

Milton Caraglio: Cruz Azul’s top scorer has had something of a journeyman career. He’s now on his fourth Mexican pro team since 2016, was the first Designated Player for the New England Revolution back in 2011, and has also played professionally in Argentina and Chile.