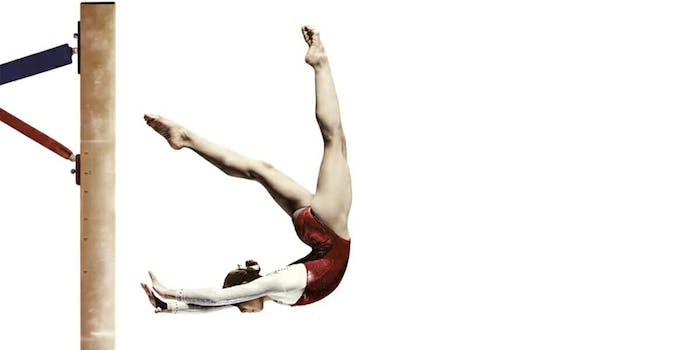 How to watch ‘At the Heart of Gold: Inside the USA Gymnastics Scandal’ for free

This will be an upsetting but important watch.

At the Heart of Gold: Inside the USA Gymnastics Scandal tells the harrowing story of the survivors who came forward in the case against Larry Nassar, a disgraced former U.S. Gymnastics and Michigan State trainer convicted of sexual abuse. And for once, the story actually focuses on those survivors instead of the man who committed such heinous crimes.

In 2018, Nassar was sentenced up to 175 years in prison after admitting to sexually abusing young women and girls for decades, masking his behavior as medical care. The high-profile case featured heartbreaking accounts from more than 150 women, including athletes at different skill levels. Olympic athletes Aly Raisman, Gabby Douglas, and McKayla Maroney were among some of the well-known victims.

A Heart of Gold makes it clear that Nassar was not alone in traumatizing the victims, many of whom claim they made numerous complaints to organizational heads, all of which seemed to fall on deaf ears. In the cutthroat world of competitive gymnastics, winning was the priority.

At the Heart of Gold is directed by Erin Lee Carr, a filmmaker known for other documentaries with sensitive subject matter, including Mommy Dead and Dearest and Thought Crimes: The Case of the Cannibal Cop.

This documentary puts an important spotlight on the many hurdles sexual abuse victims must overcome to be heard, let alone believed, but it may be upsetting for some viewers. If you or a loved one has suffered sexual abuse, HBO has compiled a helpful list of resources for victims, their parents, and supportive communities.

Here’s how to watch At the Heart of Gold for free.

What channel is At the Heart of Gold on?

At the Heart of Gold: Inside the USA Gymnastics Scandal premiered at the Tribeca Film Festival last week and will make its cable debut exclusively on HBO.

What time does At the Heart of Gold air?

At the Heart of Gold premieres on Friday, May 3 at 8pm ET.

How to watch At the Heart of Gold: Inside the USA Gymnastics Scandal for free

At the Heart of Gold is only available on HBO. But there are plenty of options to access the premium cable channel for free. Each of these services offers a one-week trial so you can tune in live and avoid spoilers on social media.

If you just want HBO and nothing more, look no further than its own on-demand app HBO Now. At the Heart of Gold will be available on-demand the minute it airs live, and you can pause without missing any of the action. You can also watch all seasons on-demand. The standalone service also provides an extensive library of all HBO shows, movies, documentaries, and more.