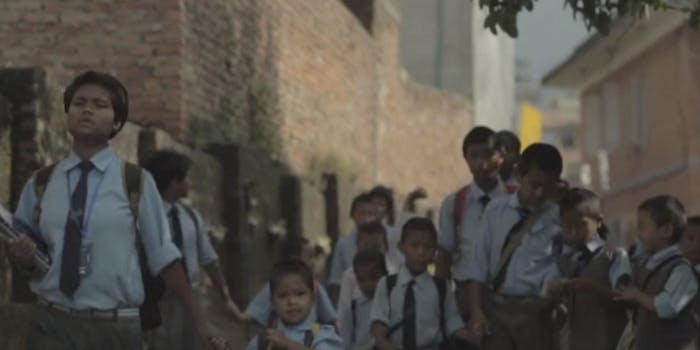 Consumers have become the winner in the video on demand wars, with the latest victory coming in the form of Waiting for Mamu, a documentary about imprisoned children in Nepal.

M-GO, a video on demand service owned by DreamWorks Animation and Technicolor, is teaming up with Reframed Pictures, the indie production company behind this film festival favorite. The documentary tells the story of Pushpa Basnet, a Nepalese social worker who opens a childhood development center for youngsters who are forced to accompany their convicted parents to prison. The film has won best picture awards at the San Diego and Traverse City Film Festivals.

For the first 90 days of release on M-GO, the VOD service will donate all proceeds to the development center in Nepal. The film can be either rented or purchased with different prices for SD and HD versions. It’s also available on Vimeo’s VOD platform but only for select regions outside the U.S.

M-GO is a VOD service available across all streaming platforms and devices. Because Apple charges a fee for in-app purchases, film rentals and purchases must be done through the service’s website but can then be viewed on iPhones and iPads.