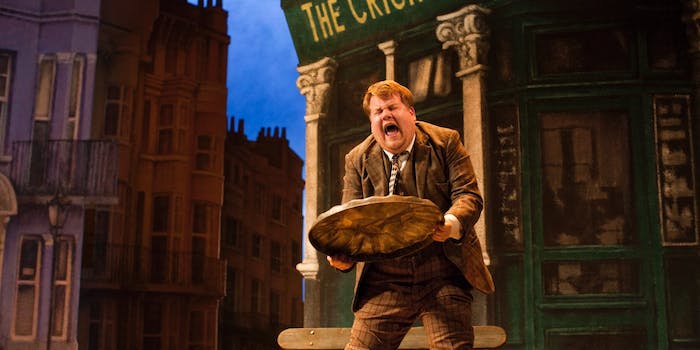 The National Theatre will stream select titles on YouTube for free

Plays will be available to watch for one week.

Like many theaters around the world, the National Theatre in London is closed because of the coronavirus. But soon, it will be bringing the theater straight to you.

National Theater At Home will kick off on April 2 with One Man, Two Guvnors, the play that won James Corden a Tony in the U.S., which will stream live at 7pm GMT (2pm ET/1pm CT; daylight saving time is March 29 in the U.K.).

It will then be available to watch for one week.

The other plays that will be streaming on the National Theatre’s YouTube channel are Jane Eyre (adapted by Sally Cookson) on April 9, Treasure Island (adapted by Bryony Lavery) on April 16, and Twelfth Night on April 23, offering viewers a wide range of plays as part of the initiative’s first month of programming. Subsequent plays available to stream will be announced at a later date.

In launching National Theatre At Home and having a weekly livestream, it hopes to foster the communal experience of watching a piece of theater together.

“We have delved into the National Theatre Live archive and curated a programme that’s varied from comedy to new dramas to classics so there is something for everyone to enjoy from their own homes,” Lisa Burger, National Theatre’s executive director and joint chief executive said in a statement. “We will be streaming each production at the same time each week in order to recreate, where possible, the communal viewing experience and we hope this will be an opportunity for people to share their enjoyment together online.”

The National Theatre’s initiative will likely help fill the hole that not being able to see productions live left behind. But for so many others around the world, it makes live theater much more accessible, especially those who can’t either afford a ticket to the National Theatre or haven’t been able to attend National Theatre Live screenings at home.