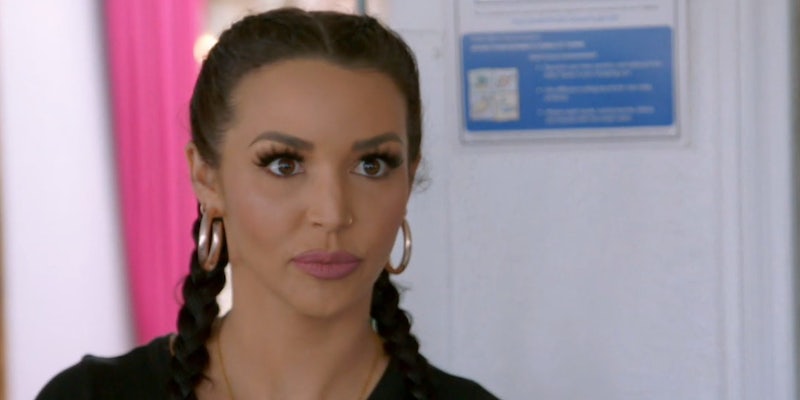 ‘Vanderpump Rules’ recap: Heroes and villains and bears, oh my!

After the initial thrill of welcoming the crew back with episode 1, the second episode was a series of setups for what we have to hope will be dramatic outbursts.

Our recaps will give you the need-to-know details and rehash relevant backstories so you’ll leave with an intimate knowledge of our SURvers’ neverending saga. Oh, and there will be GIFs. See You Next Tuesday! (Er, Wednesday mornings to be exact.)

A quick warning: This week’s episode felt like a bit of a slog. After the initial thrill of welcoming the crew back with episode 1, the second episode was a series of setups for what we have to hope will be dramatic outbursts. In any case, this week we begin our journey in Los Angeles with Stassi and Lala, who are helping Brittany at her boudoir shoot, which is going to be a wedding gift for Jax. The get together serves as a moment to reveal that Lala is talking to James again—DJ James Kennedy, that is. Later, Lala and James meet at the Studio (what studio? It doesn’t matter, that’s just how they always say it, like there’s only one: The Studio) to squash their beef, which they later do. It’s relatively uneventful.

Before the beef-squashing, however, we find ourselves at SUR. Scheanna, the veteran, is in charge of training the new blood: Charli, Dana, and Brett. A quick recap: In episode 1, Brett admitted he and Scheanna had kissed, Scheanna admitted she had hooked up with TomTom manager Max, and Dana admitted that she and Max were currently hooking up. Confused? Dana started out in episode 1 working at TomTom, but since moved over to working at SUR, which means she and Max can date now that they aren’t co-workers. Scheanna is displeased with Dana’s presence: Max famously ghosted her after she bought him an Apple Watch and now she has to train a woman he is decidedly not ghosting.

Let’s all let out a collective sigh for and at Scheanna. She is so incredibly bad at playing it cool, whether it’s with men she’s interested in or women she’s threatened by. Again, does the girl just get a bad edit!? Probably not, we’re eight seasons in and while her bafflingly desperate behavior was obnoxious in the beginning, depressing around the middle, we’re coming back around and it’s almost… endearing now? By that I mean, yes, Scheanna does not have a lot of depth and she cannot summon an original thought to save her life but… she’s genuine! That’s just Scheanna!

Does she think her poor treatment of Dana is giving her the upper hand? Does she think she’s being coy? Who knows! Dana ends up looking entirely unbothered while poor Scheanna seems like she bordering on an eye tic.

The SUR shift gets worse for Scheanna: After attempting what she surely thinks is a sly line aimed at Brett (referencing her divorce again), he decides to pull her aside to give her the old “I just wanna be friends” speech.

Brett drones on and on and says things like “you’re so independent” (untrue) and how he doesn’t want to interrupt this important moment in her life (bro, she’s working at SUR), blah, blah, blah. To her credit, Scheanna receives it all while barely blinking her eyelashed peepers and somehow manages to utter the word “yeah” repeatedly without moving the upper half of her face. She looks like a ventriloquist’s dummy.

(Sidenote: These shifts are played as if they’re on the same night, but Scheanna’s hair is a giveaway. These indeed were different days.)

Later, at drinks with Arianna and new SUR hostess Danica, she admits her dating faux pas. The meet-up also serves as the place for Arianna to admit she misses working at SUR and is going to ask to bartend occasionally while she waits for the release of her cocktail book. Later, during that meet with Lisa, Arianna talks very openly about her struggles with depression, which I continue to appreciate.

But first, we need to talk about Danica.

Am I supposed to believe this woman, who works at SUR…

…is not the same person as this woman who works at SUR?!

Their names are DANICA and DANA. Thank God they have slightly different hair colors. I’m surprised casting let this slide.

Anyway, during this dinner, Scheanna also says she’s giving Dana (blonde) some attitude at SUR, which evokes this iconic eye roll from Arianna, our constant voice of reason.

And so episode 2 has done some leg work for us setting up another season of Scheanna’s romantic foibles. It’s comforting to know some things never change, but also… a little exhausting? Scheanna confronting dudes in black SUR button-ups in alleyways and at cash registers is like the turkey chili I make every week: It’s easy, it’s cheap, it lasts forever, and it’s a total surrender of creativity and motivation.

Before we get to the other major moment of episode 2 that has a season-long story arc, it has to be acknowledged that our girl Dana (blonde) is a standup comedian. A few of the cast members attend her show to find out she’s actually decently funny. Mostly, I just want to take this time to remember when Kristen attempted standup comedy some seasons back, eliciting this unusual and embarrassing moment from Arianna, who is normally very self-aware.

But this was back when Arianna constantly rocked a weird side-braid that wrapped around the front of her head—it was a different time.

Anyway, Max (loves a print, dating Dana (blonde)) confirms himself as not-great at the comedy show.

Maybe the new dudes will eventually learn how not to be terrible as they watch themselves—it’s basically what’s happened with the original cast of men. The Toms have certainly come a long way from cheating on their partners and belittling them publicly; even Jax is occasionally tolerable now. Especially in this episode: Finally, as the episode ends, we reach the A-plot. Jax and Katie are at Kristen’s apartment helping her pack to move to her new house, which Jax uses as an opportunity to level with Kristen about her relationship with her sort-of estranged boyfriend Carter. Jax says Carter is using Kristen, that she’s funding his life while he’s not bringing anything positive to her’s. Of course, he also mentions this is complicating everything for the rest of them, who aren’t sure whether they should be hanging out with Carter or inviting him to things. Things like…Jax’s bachelor party and wedding! So his motivation is somewhat selfish, but for once, the man’s not wrong.

…while Jax and Katie awkwardly look on. (Sidenote: I like this weird Jax and Katie duo! They’ve been mortal enemies in seasons past, and also both played the role of villains. Jax, deservedly so; it always felt to me like Katie was shoe-horned into it. Anyway, this unlikely and presumably short alliance is strangely charming.)

But finally, there it is, all spelled out for us: Kristen and Carter’s relationship is going to continue to serve as a catalyst for the original group’s angst, Scheanna is going to frustrate the hell out of everyone with what she thinks is clever shade, and the newbies…will exist as background fodder to propel things forward when it’s getting a bit stale. I’ll end this week’s recap with a few words of wisdom from Arianna: You either die the hero or live long enough to be the villain.