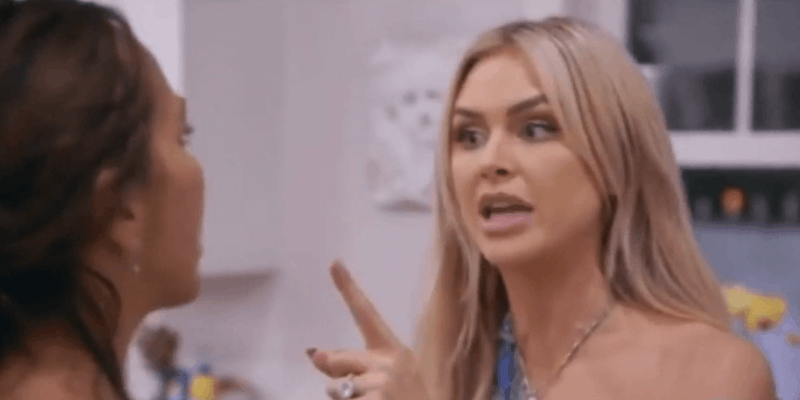 ‘Vanderpump Rules’ recap: The SURvers are back, baby!

Each week, we're recapping 'Vanderpump Rules,' giving you the need-to-know details and rehashing relevant backstories to give you an intimate knowledge of our SURvers' neverending saga.

Vanderpump Rules has managed to become one of the most beloved—or reviled, depending where on the reality television spectrum you fall—shows in recent history. Once a mere spin-off of the Real Housewives of Beverly Hills, today VPR stands on its own merits, those merits being tequila shots, screaming in alleyways, love triangles, Taco Bell, fluid friendships, and a very flexible definition of feminism.

Now the cast is back for season 8. We’ll be recapping each week’s episode, giving you the need-to-know details and rehashing relevant backstories to give you an intimate knowledge of our SURvers’ neverending saga. Oh, and there will be GIFs. See You Next Tuesday! (Er, Wednesday mornings to be exact.)

Episode 1: “There Goes the Neighborhood”

The SURvers are back, baby, and they’re moving up in life. Within the first moments, we’re introduced to the newbies—Dana and Max—who work at TomTom, the Toms’ (Sandoval and Schwartz) bar. The opening sequence also serves as a chance for us to see the Toms (Sandoval and Schwartz) basking in their success. TomTom is a hit, they both look very handsome and adult, and things are great for the Toms.

First impressions of Dana and Max? Not a lot to report other than Dana looks a lot like her more-veteran castmate Lala and Max seems like a guy who really loves a print.

We then meet another newbie, Brett, who’s working at Sur and getting the lay of the land from Scheanna. I don’t know whether this poor girl just gets a bad edit or she’s been so solidified as desperate that she’s leaning into it now. In any case, she immediately hits on the new guy while also referencing her divorce.

Minutes later in his first confessional, Brett admits he and Scheanna already hooked up and she is a bad kisser. I’m not one to defend Scheanna, but my friend, that is unnecessary! (While we’re talking about confessionals: Scheanna says she hooked up with Max, our dude who likes a print. Surely it will matter later but is just a footnote now: Max recently hooked up with Dana… who will soon be leaving TomTom to work at SUR—this is so, so B plot to me that it doesn’t deserve more than a parenthetical.)

Anyway, Scheanna bought Max an Apple Watch. He ghosted her.

This would be shocking had Scheanna “My Divorce Doesn’t Define Me” Shay not “bought” a penguin for a dude who did not want to date her exactly one season ago.

Another “newbie”: Beau! In the season opener, we are formally introduced to Beau, Stassi’s boyfriend. Beau rules! We met him last season but now he’s been upgraded from those little white letters that read “Stassi’s boyfriend” around his name to a being a cast member whose smiling mug beams while “Raise Your Glass” plays. My plea to the reality television gods: Protect Beau. Keep him safe and pure.

Oh, and Raquel works at SUR now: For those who don’t know, Raquel is the girlfriend of the very-fired DJ James Kennedy, who remains very-fired (for among many things, his drunken outbursts during work hours) and very absent from the entire episode.

And guess who else is at SUR?! Jax! Jax Taylor (aka Jason Cauchi) and Scheanna are the only remaining original cast members still “working” at SUR. “Working” at SUR for them, by all reports, meaning they are present for filming to make a couple of drinks, deliver a few orders of goat cheese balls, and then get the hell out of there. Still, their collective ache to join everyone else who’s bailed on the Sexy Unique Restaurant (truly, that’s what SUR stands for) can nearly be felt through the screen.

Now that we’ve reviewed the new faces, let’s talk about the A plot: Jax is mad at Tom (Sandoval) for not attending his pre-bachelor party; the highlight of season 7 was Jax and Brittany’s engagement, a moment that was milked for the entire season. As Tom (Sandoval) tells it, he was visiting his family back home, a trip he rarely makes, and would have had to cancel a flight to make what is not even the actual bachelor party. To no surprise, Jax is resolute in that he has been wronged, and Sandoval no longer deserves his coveted co-best man slot. (The other best man is the other Tom, as if it would ever be anyone else.) I’ll go ahead and pull away from straight recapping here to offer what I hope is a totally unnecessary bit of analysis: Jax is going to be a nightmare about his wedding; I don’t actually believe he thinks he’s in the right about any of this, but he is, after all, the No. 1 guy in the group and this is going to be his season, damn it. Sure, he might still have to “work” at SUR, but the man must have his shine.

The fight between Sandoval and Jax is hardly over, and is one of two arguments that is going to propel this season: The other is original cast members Stassi’s and Katie’s fight with Kristen, the three of whom formerly referred to themselves as the Witches of Weho. Truly, VPR is what it is today because of these three women; I could write a dissertation about the mechanics of their friendship and how they’ve played out on-screen. Suffice it to say I don’t have the time to mention it all, but TL;DR, Stassi and Katie are angry with Kristen for supposedly lying about the status of her relationship. She says she’s broken up with her “ex,” Carter, but he still lives with her and hangs out with her and her friends and sleeps in her bed. To Stassi and Katie, this is lying, but Kristen says it’s just a particularly prolonged and messy break-up, and honestly…well, I can’t believe I’m saying this, but I’m on Kristen’s side. Who among us, right?!

Anyway, in the first episode, we see Stassi and Kristen find some resolution about the issue, only for it to blow up entirely at Katie and Tom (Schwartz’s) housewarming party, which Carter shows up to, making the “break-up” a topic of conversation for everyone. In fact, Lala confronts Carter…only to back down once he gently informs her about what’s actually the status of their relationship. She feels dumb for yelling at him and defending Kristen. Kristen is very weepy and very drunk.

Oh, and did you catch that I said Katie’s and Tom (Schwartz’s) housewarming? Katie and Tom (Schwartz), Jax and his fiance Brittany, and Tom (Sandoval) and his girlfriend Arianna all moved into the same neighborhood, into nearly identical houses.

And here we’ve arrived at this season’s overall story arc: These lovable degenerates are all growing up! In a rare moment of real reality, we’re treated to a montage of the couples becoming truly suburban. Of course, there are some hard feelings from Tom and Arianna, who feel a bit followed into the area, and that Jax particularly has tried to one-up them throughout the home-buying process. (Also, please remind me to find and write about the developer of this suburb.)

Now, Jax already looks bad, but lest you forget: Way back in season 2, it was revealed that Jax cheated on Stassi with Tom (Sandoval’s) then-live-in girlfriend, Kristen (of important fight No. 2). Context never helps explains Jax’s behavior, it only highlights how bad it is.

The subtext of all this is that Jax’s original castmates, the ones that started this whole thing because they had real-life friendships, have outgrown SUR and he’s still stuck there. Stassi wrote a book! The Toms have their own, very successful bar! Katie and Tom got married! Kristen has a moderately successful T-shirt line! And Jax is left at SUR with… Scheanna “I Bought A Dude A Penguin” Shay. He needs that house; he needs that wedding.

Here’s what’s interesting to me about VPR: We are witnessing, in real-time, a group of people becoming more relatable. As far as reality television goes, the opposite is generally true—we begin with normal people who turn into caricatures of themselves with no grounding in the real world whatsoever. But I would argue, not VPR: Past seasons focused on cheating scandals, pregnancy scares, drunken hook-ups, and bar brawls. The original cast members were part-time models or had dreams of becoming pop stars. They regularly swam in the pool of their boss’ mansion. This may shock you, but I couldn’t relate to much of that—but it was gold as far as entertainment value was concerned and I watched every minute of it.

What’s different about VPR from other reality shows is that as the original casts’ storylines and problems become (relatively) more pedestrian, we are still interested. Someone lording their recent home purchase over yours? I get that. A friend who can’t stop obsessing about their wedding? All-too relatable. Bummed that your friends are moving up in life and you feel stuck in time? We’ve all been there! That’s the story arc we’re going to come back to time and again this season, and as a 32-year-old married, recent home-buyer with two dogs, I for one am here for it (and admittedly, likely who the producers are happily appeasing).

For fans worried about VPR losing the debauchery that we’ve come to know and love, don’t worry: This is why the newbies are being introduced—gotta keep the brand strong.