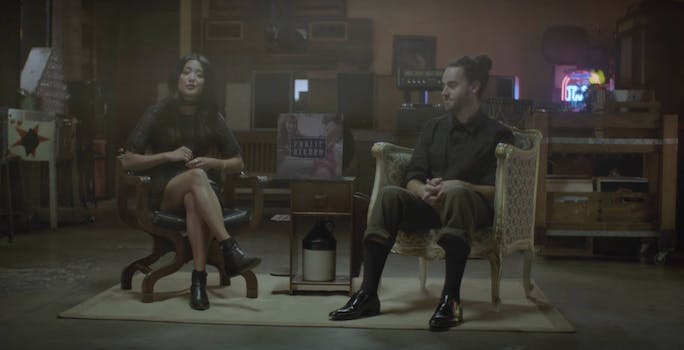 Screengrab via Us The Duo/YouTube

'It's time we make music inspired by your stories.'

Us the Duo wants to open up musical collaboration to the whole world.

The husband-and-wife team of Michael and Carissa Alvarado are partnering with AT&T Hello Lab for their latest EP, Public Record, which will be written based on stories submitted by fans.

“This is unlike anything that we have ever done before,” Michael Alvarado said in a statement. “Since we started making music together, all of our songs have been the puzzle pieces to our story. But now, it’s time we make music inspired by your stories.”

The pair found success on Vine, which led to a label deal and dedicated fanbase of 1.4 million on YouTube. Public Record will also exist as a docu-series on that channel.

Fans can submit stories via social media using the hashtag #PublicRecordEP, as well as on their website. The series will debut in October, with Us the Duo traveling to the homes of four fans who inspired songs.