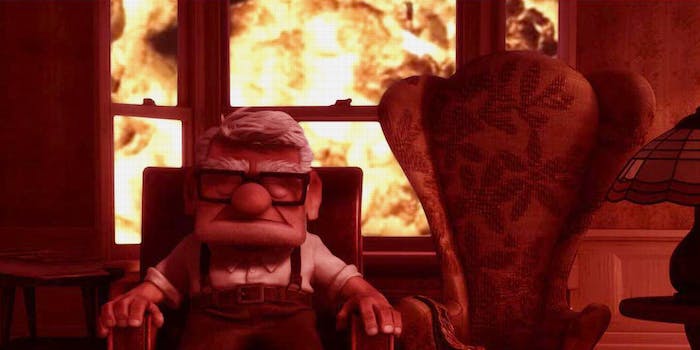 ‘Up’ gets reimagined as a Michael Bay movie

In certain media circles, Michael Bay is much-maligned. Sure, the Transformers director’s library of movies have grossed billions of dollars—but his work is also characterized by almost absurd spectacle and explosions. Oh, so many explosions. (Oh, and arguably racist stereotypes, but let’s not go there.)

YouTube user MrStratman7 has now taken it upon himself to poke gentle fun at Bay’s signature style, imitating the director’s techniques in a parodic trailer for Up, of all things.

There are the explosions, the overly dramatic music, the mayhem, the endless lens flares… It’s masterfully done, highlighting the flaws and clichés that have made Bay such a figure of ridicule, despite his extreme profitability.

But at the same time, all I can think about is how much I want to watch this movie.