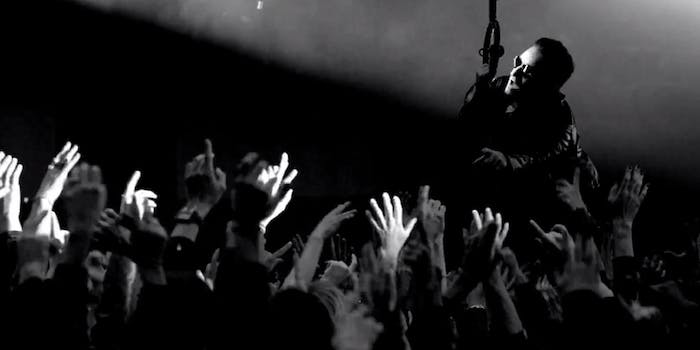 U2 might not be playing the Super Bowl halftime show, but the iconic band just stole the spotlight all the same.

U2 might not be playing the Super Bowl halftime show, but the iconic band just stole the spotlight all the same.

Taking a cue from Beyoncé, Bono and company used a commercial in the first quarter to officially release a new song, “Invisible,” on iTunes. It gets better: Not only was the track coproduced by Danger Mouse, it’s helping raise money for (Red), an organization dedicated to fighting AIDS. Bank of America has pledged to donate $1 for each download, with a cap of $2 million.

But you have to act quickly: According to USA Today, “Invisible” will be pulled on Tuesday from iTunes.

U2’s new album, on which “Invisible” is scheduled to appear, is expected to be released this summer.